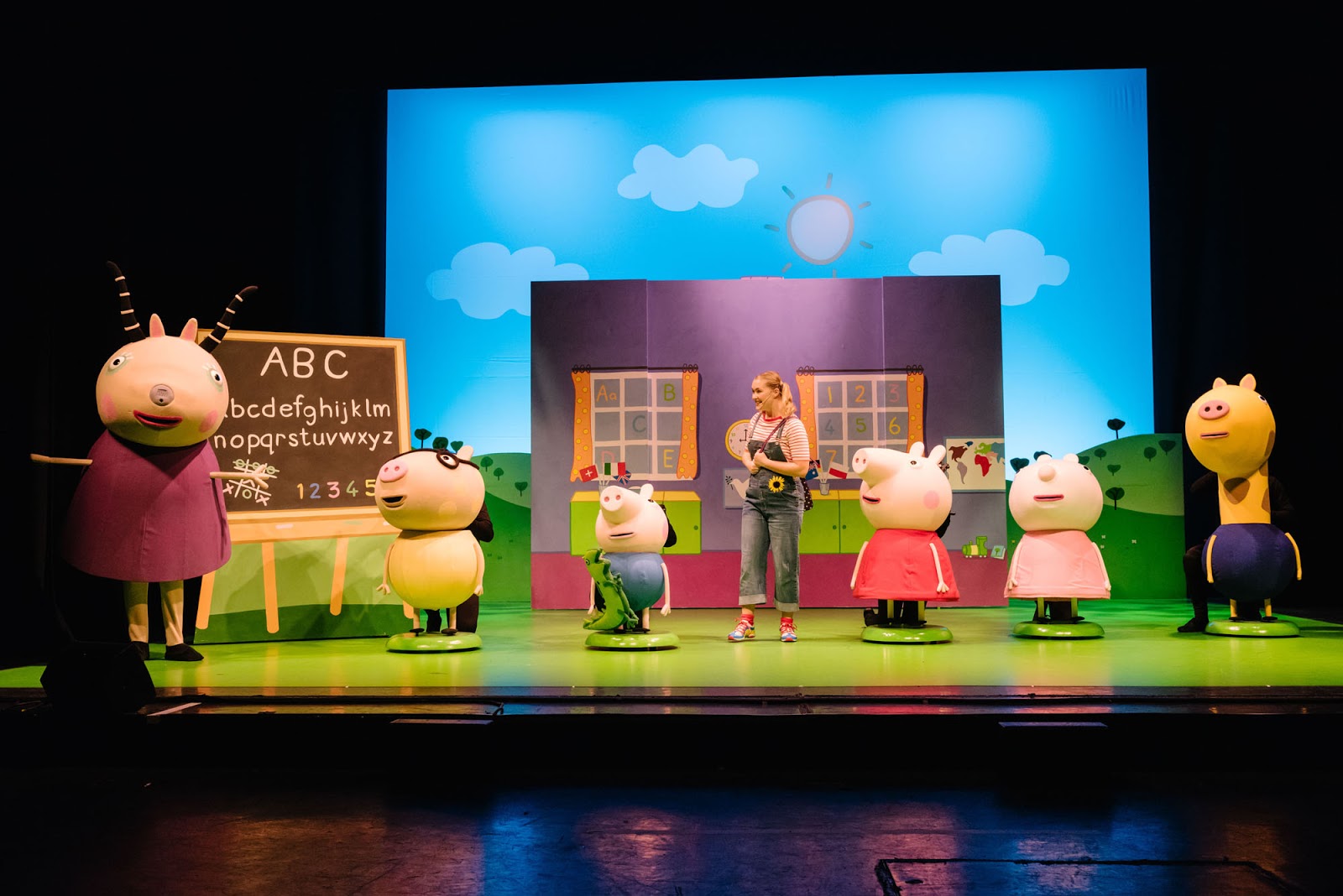 (All pictures courtesy of Belgrade Theatre)

Lily and I were lucky enough to be invited to see the opening show of Peppa Pig Live, Lily is only just 1 and I wasn’t sure how she would respond to being in the situation of the show and so many other children around her. She loves Peppa Pig anyway so we went and took my sister and her daughter. When we arrived we were surrounded by so many prams and children it was chaos but we found our tickets then went to find our seats. We had a really good view and Lily was just looking around, enjoying her crisps taking it all in.

Then it went dark for the show to start and I was worried how she would react but she was so good, she sat on my lap for the whole show and just sat quietly completely entranced by the show. She was laughing and pulling funny faces at the characters. It was really good and the set was really well decorated. They did the well known (well I say well known, I mean by parents) bing bong song, we sang along to that, well I sang and she clapped a bit. 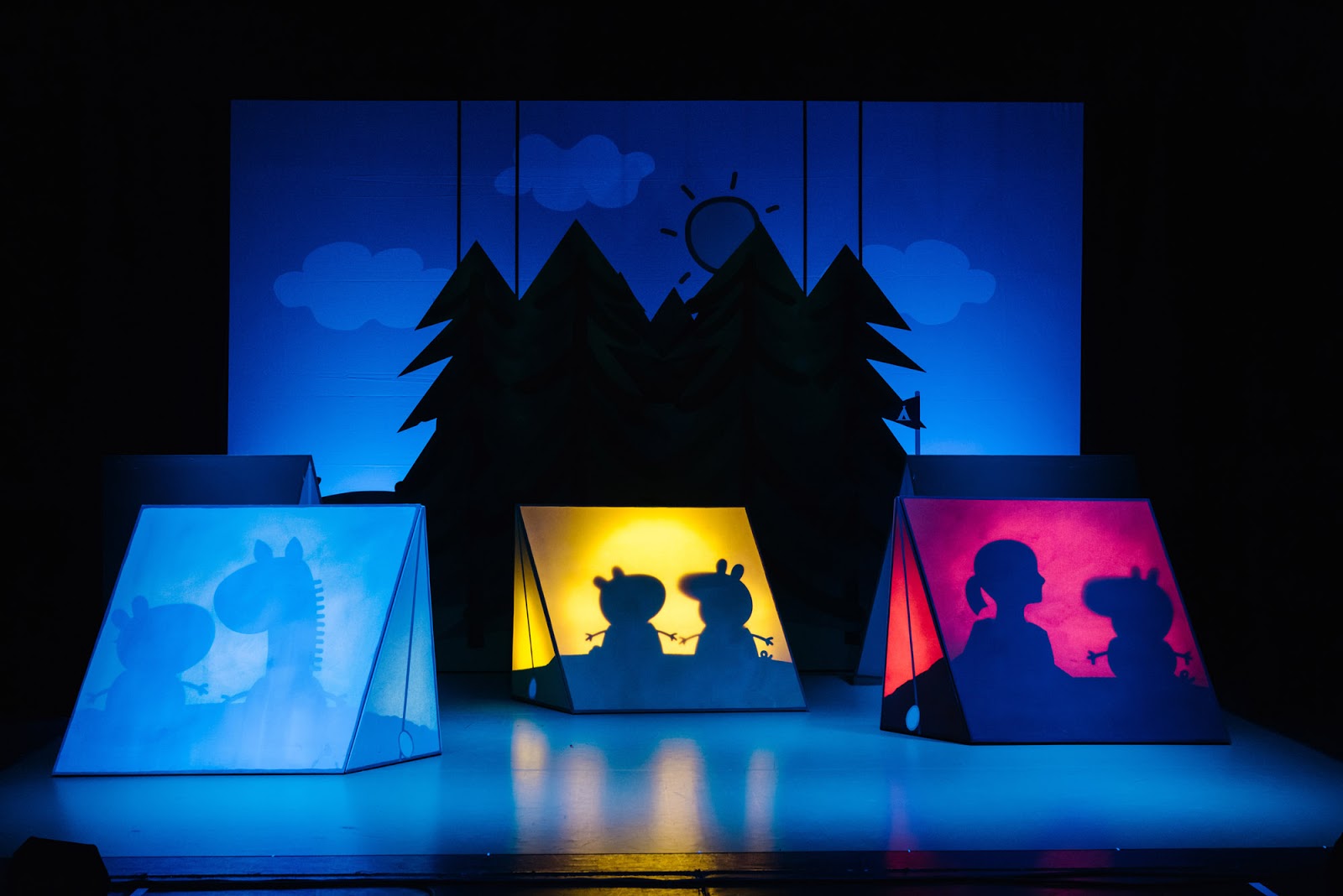 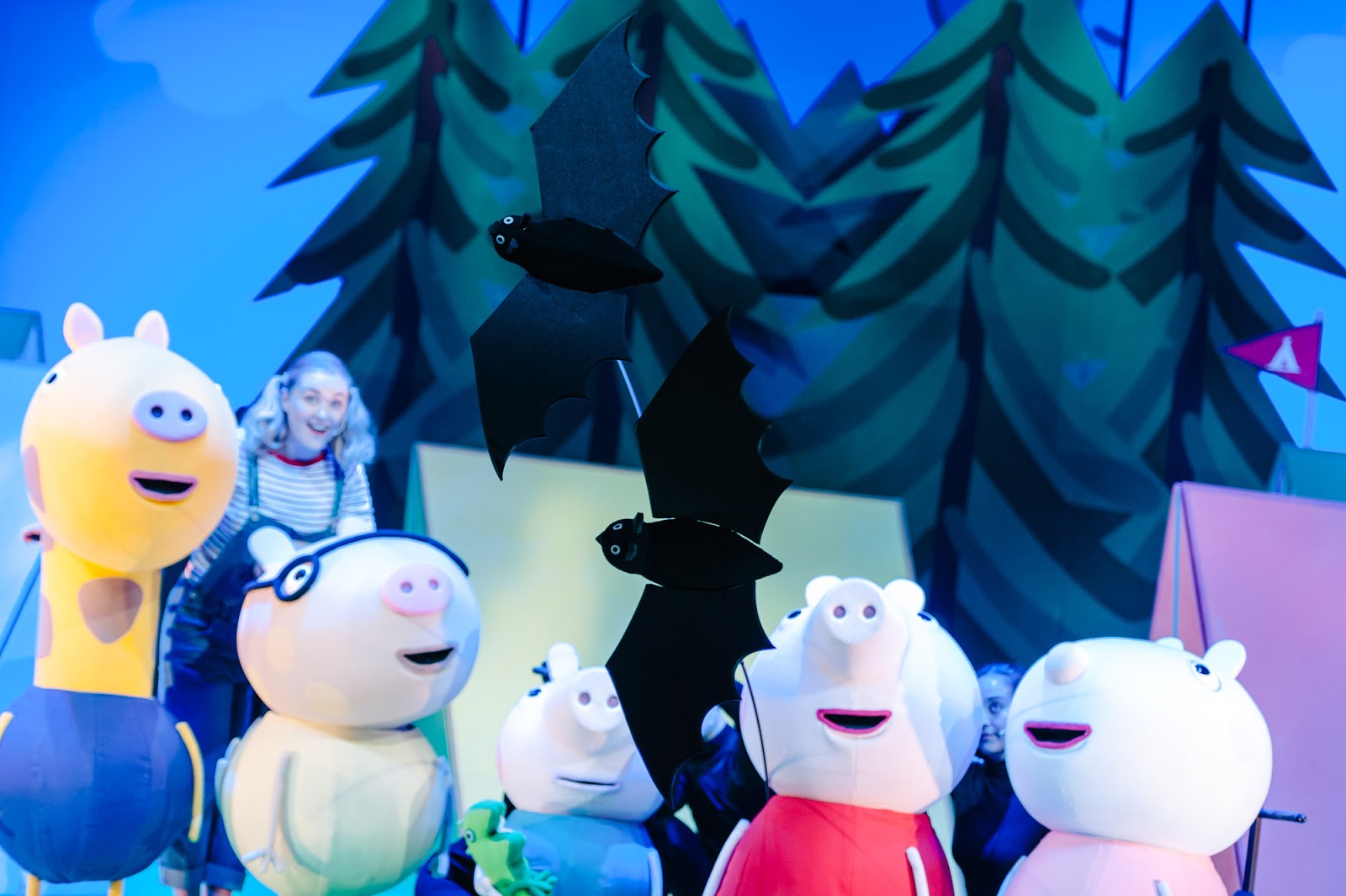 During the interval she was so hyper because she was loving it, I was thinking she wouldn’t settle but she did. Near to the end of the show, the characters sang a song about jumping up and down in muddy puddles, staff came in the walkways and sprayed around the room with water guns. It was only a tiny spritz all in good fun and it got Lily right in the face, she gave the man a frown and then went back to enjoying the show, I thought it was funny, her little frown then happily watching again.

I know now I don’t need to be too worried about taking Lily’s to shows in the future depending on the type of show, she will get into more as she gets older. I can’t wait to take her to the classics like Sleeping Beauty, Cinderella and Snow White. The Belgrade Theatre in Coventry is such an amazing venue and if you live close see what they have coming up! There are some really exciting shows including one directed by David Walliams and the wonderful Sleeping Beauty! Also some good shows for the parents without the children. Check out the upcoming shows here. 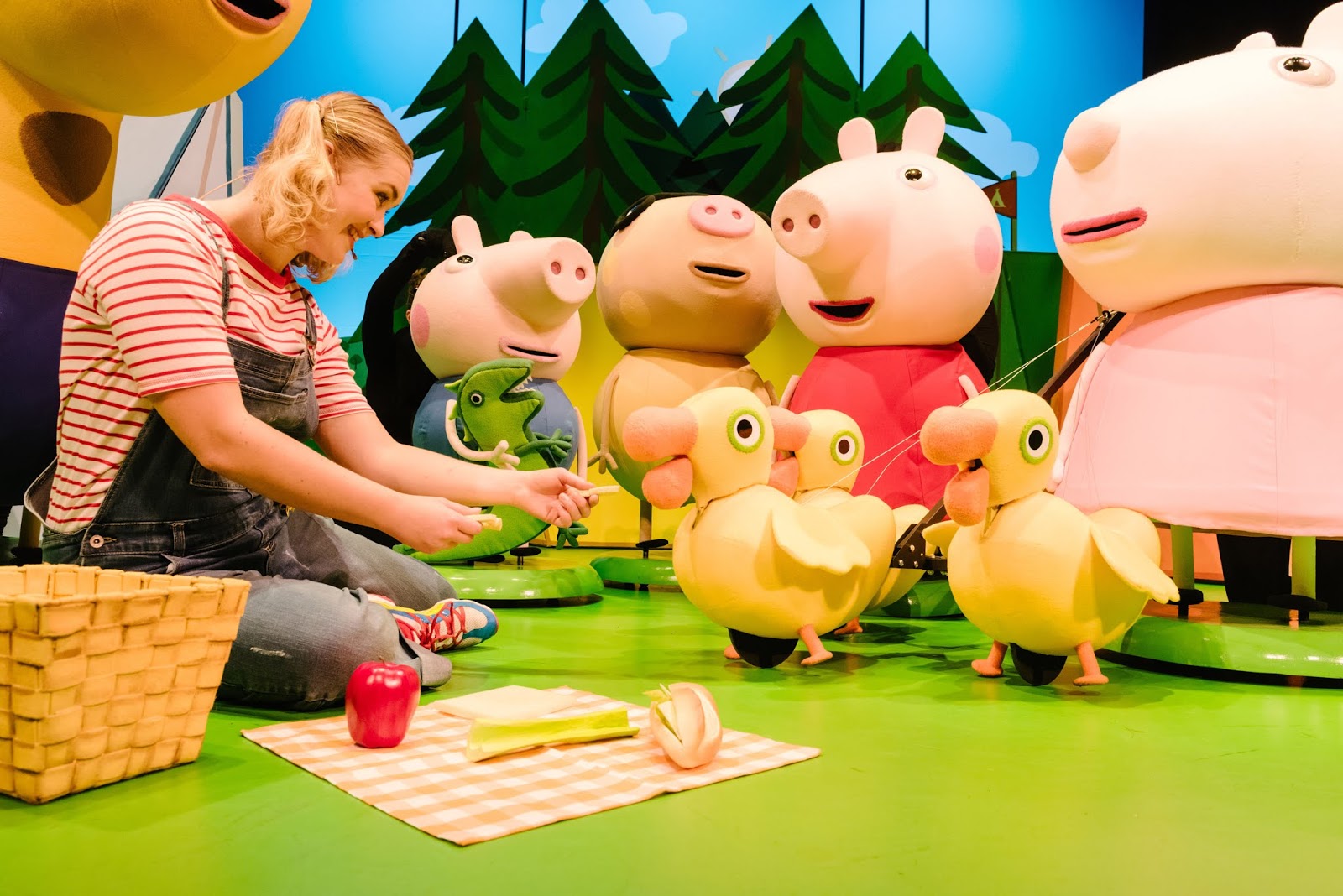 Have you tried taking your little one to a show? What did they see? I would love to know in the comments below.