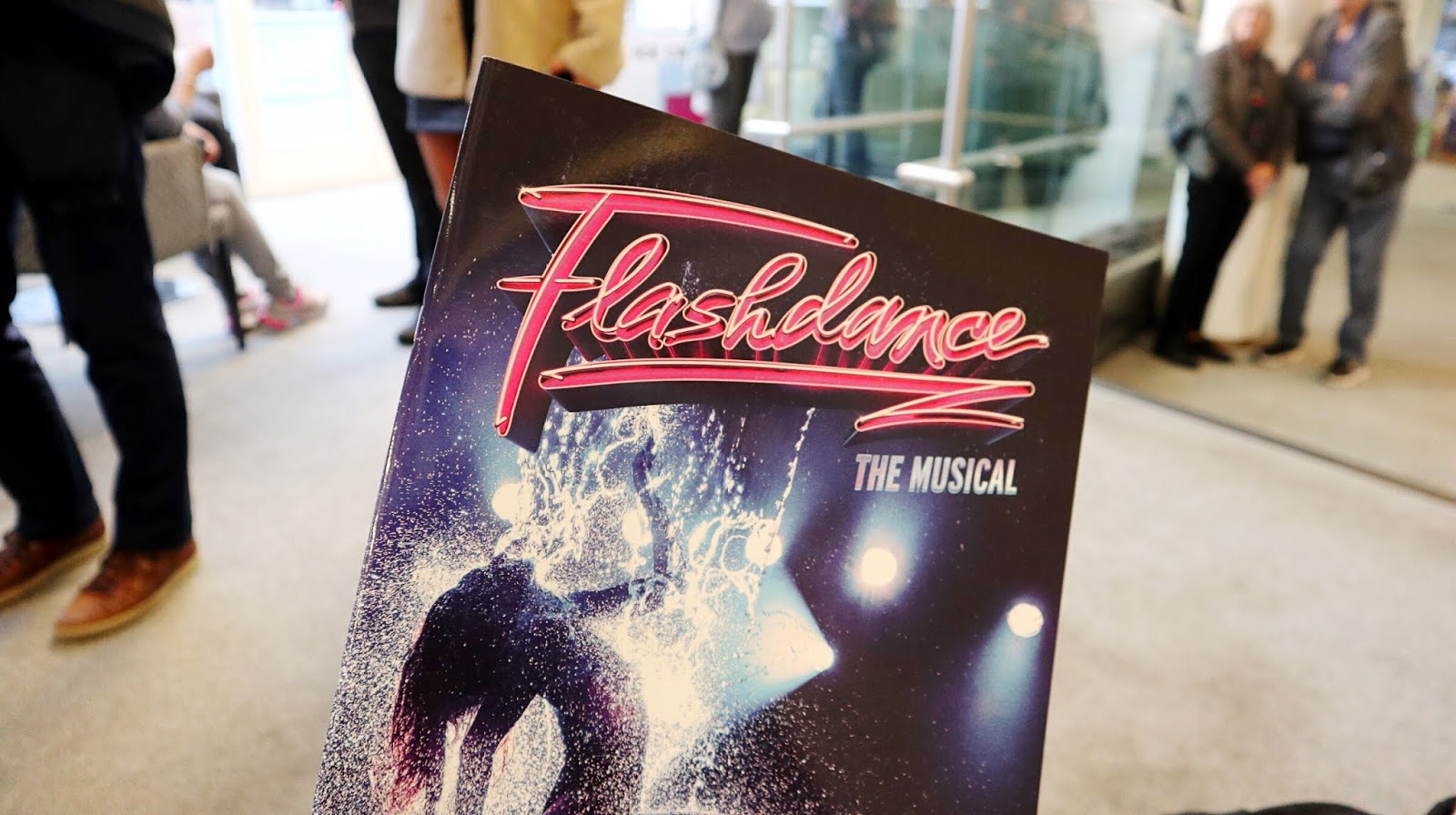 I mentioned in my recent vlog that I was going to be attending Flashdance the musical. I was excited to see it as I’ve never seen the film, I know it’s a classic like Dirty Dancing or Footloose but I just have never seen it and I have no idea why and now realise I have been missing out. I was blown away by the show, I’ve never seen a full on musical before and didn’t expect them to be this good. IT certainly given me the show bug and I want to see more.

This is a touring show and the actors are so talented and brilliant singers, the two main characters Alex Owens and Nick Hurley are played by the amazing Joanne Clifton who is the Strictly Come Dancing champion and the wonderful Ben Adams, singer/songwriter and my favourite from A1 when I was younger.

Everything about the show was exceptional, the dancing, singing, I love 80’s style so the outfits were amazing too. Moving from the different scenes seemed to flow so well as there was some of the singers averting your gaze while things were moved about in the background. It has made me want to see the film for sure now but I think it probably won’t be as good as this musical! We will have to see.

I’d highly recommend seeing this show if you see it about and if not the Belgrade in Coventry has so many more amazing shows coming up like ‘We live and die in these towns‘ in relation to the famous Coventry band The Enemy and the wonderful ‘Evita‘.

One of my favourite parts of the show was at the end they did a sort of montage of the songs throughout the musical and encouraged the audience to get up and sing and dance a long and everyone joined in. It was an electric atmosphere and it was so lovely to see people dancing and singing and just enjoying life. I’ve been to the theatre a couple of times now and it seems to be like an escape from reality for a bit, see something you love or have never seen before.

Have you seen a musical recently? Let me know your favourite in the comments below.