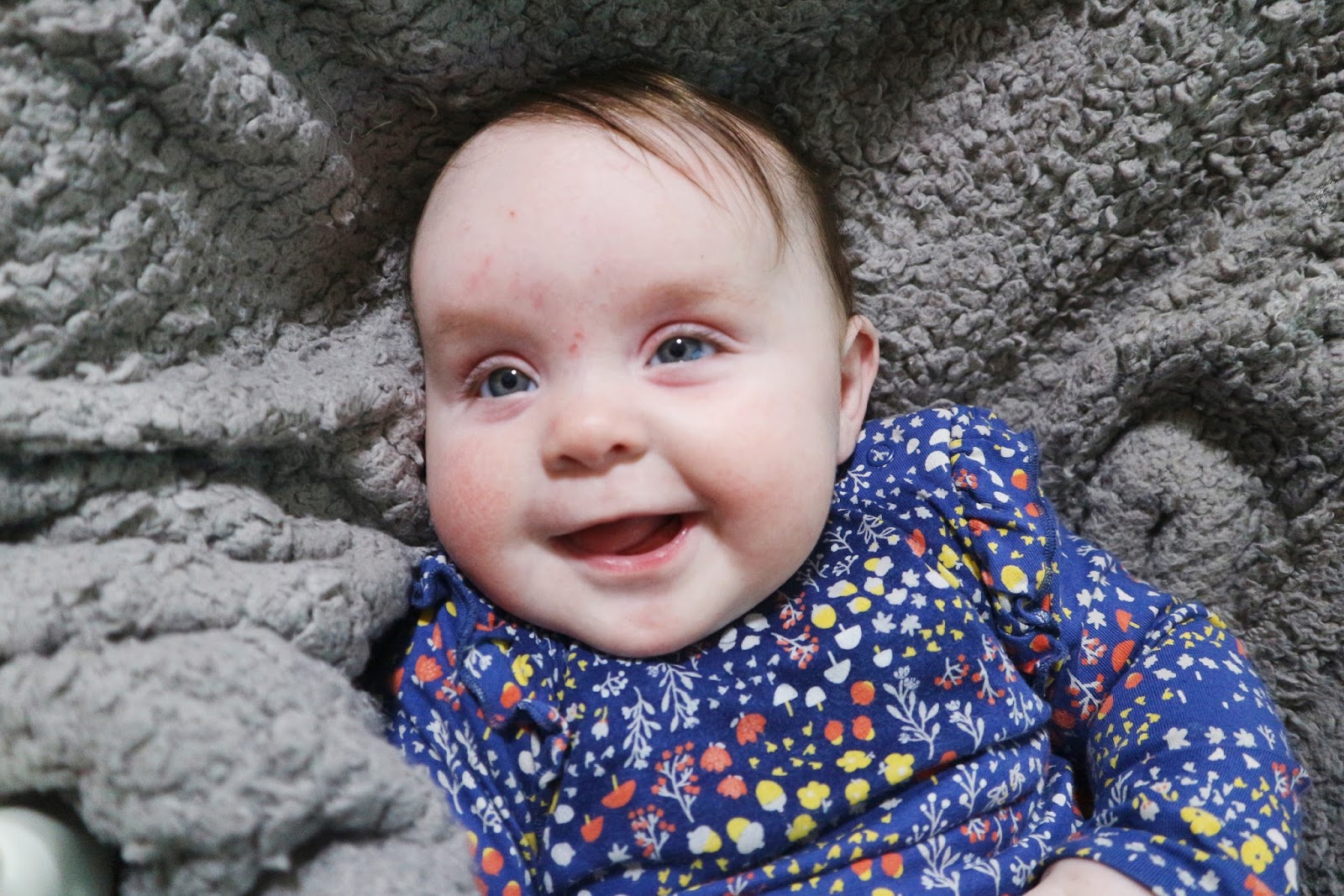 So much has changed in the last two months it is unreal. My little baby has gone and she is getting bigger and bigger by the second. Well, thats how it feels. It’s been a bit of a rollercoaster as well. Lily caught Bronchiolitis. It’s a horrible chest infection, she was coughing, wheezy and snotty. She didn’t really let it affect her mood much though, she still wanted to play and be involved with everything. We ended up at A&E, worrying about her feeding and things like that. But better to be safe than sorry. Her skin has been a real issue as well, her eczema has spread nearly all over her body and flared up for about a week. It’s finally started to settle but we have a few scratches on the head where she was trying to itch, poor little madam.

Her independence is amazing, she loves just sitting and playing and watching tv. She sits up well and holds her self up perfectly. Sometimes still needs a bit of support on her side otherwise she topples over like a bowling pin. Another big change is that she has started weaning. We have only tried the puree so far and she loves them. Well, once she starts going, her face when we first put it in her mouth or she tries a different flavour is hilarious. 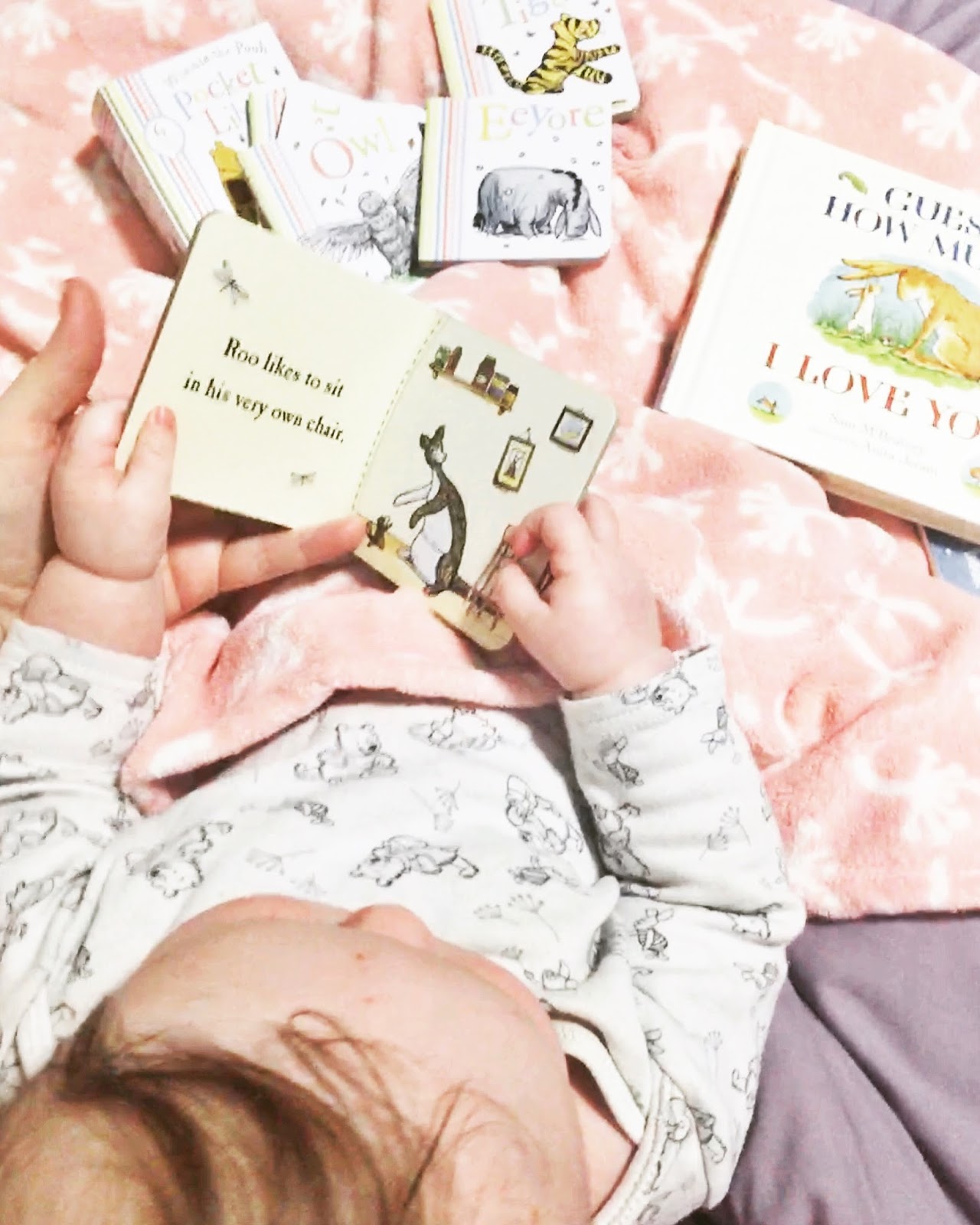 I am starting to focus on bringing her sleep forward and being more aware of her naps. Before I would let her sleep when she wants. This however ended up with 3 naps in the day and sleeping for 9-10 hours at night. This is obviously nothing to complain about but sometimes I would let her fall asleep at 8pm and then she would be awake at like 11pm til 1-2am. She is still sleeping through the night about 10-11 hours but only has 2 naps in the day. 1 a few hours after she has woke up and had her bottle and then 1 in the afternoon but she gets woken up about 7.30-8pm so that she goes to bed about 10-11pm. I don’t mind her sleeping that late but going to try bring it forward to 8.30-9pm. This will take a few months, but she has always been an amazing sleeper. I know I am so lucky.

I can’t believe I have had her for half a year. This is insane, I miss my tiny little baby who I could just cuddle all the time. She has been having more trouble with her teeth and when they are playing her up and she’s sleepy, she just rests her head on me and cuddles in. It is THE favourite part of my day, not the fact she’s not feeling great but the cuddles. Not a great picture but see below! When she first did it, I was like “OMG! Scott take a pic, she wants a cuddle”. I appreciate every proper cuddle now because they are so few and far between. You can never have enough cuddles. 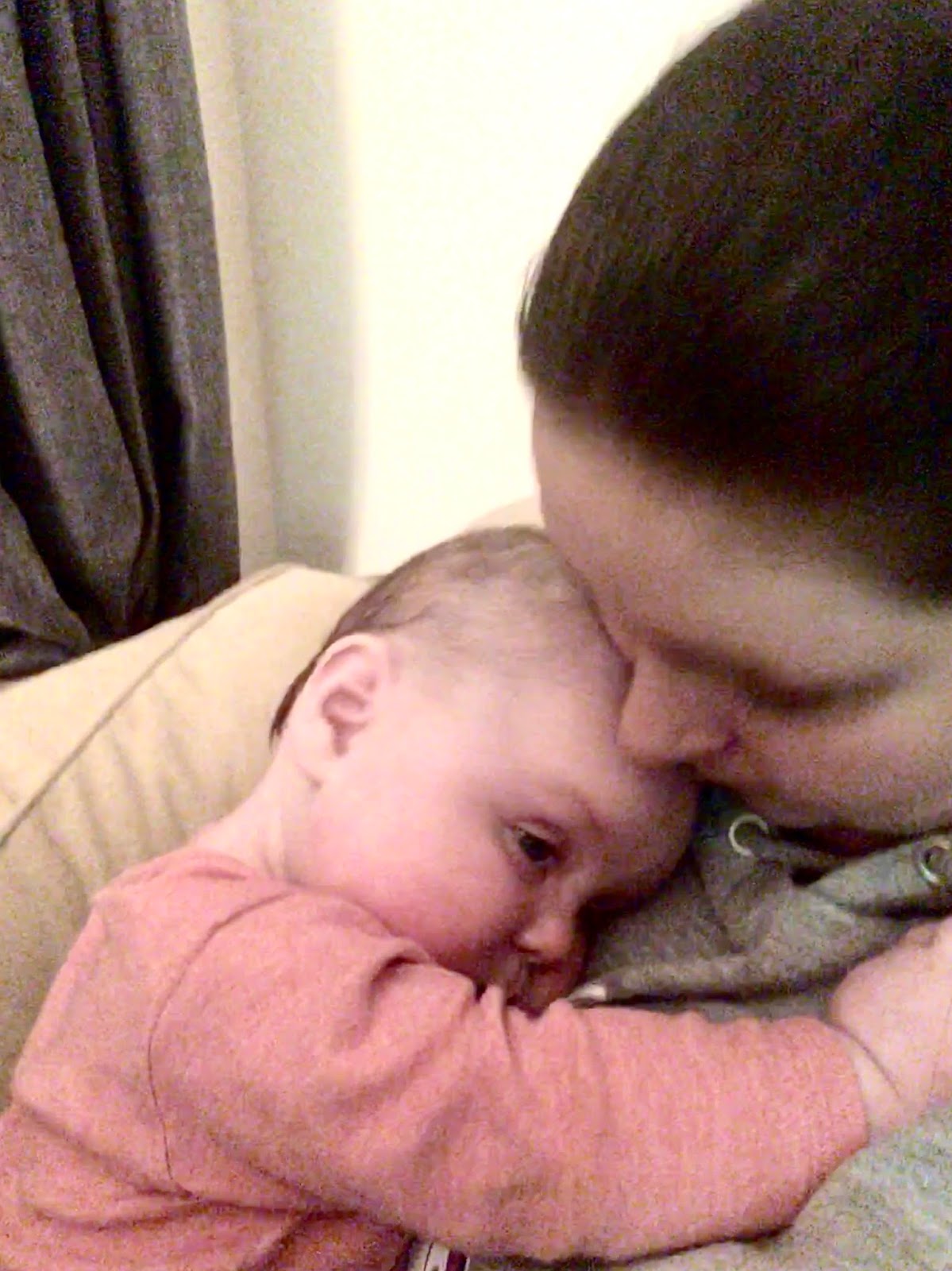