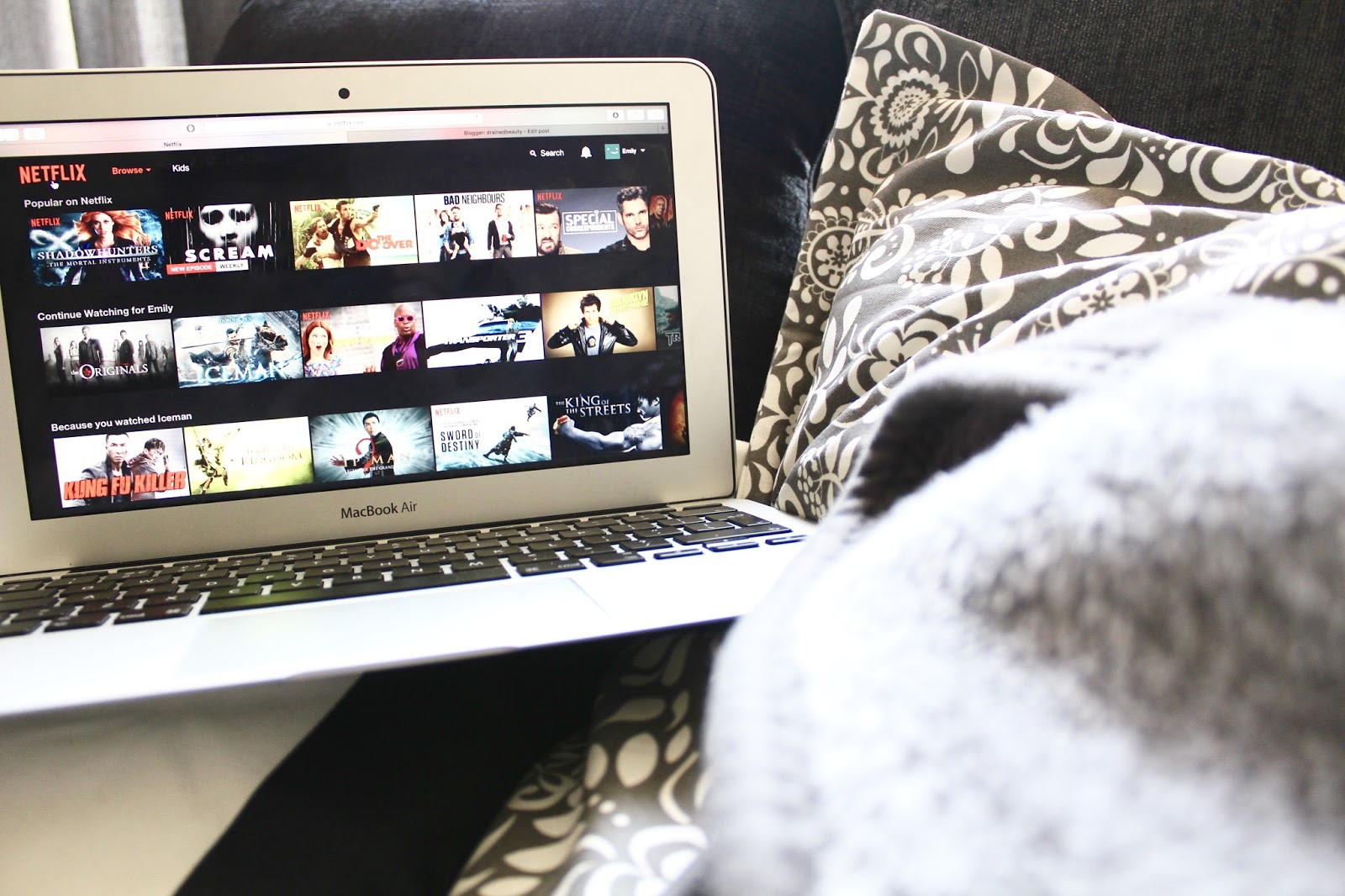 As the colder months are approaching and the impending dark evenings take over, we will be surely spending a lot more time inside our warm and cosy homes. I know I certainly will be, snuggled up with a hot chocolate, a fluffy blanket and my current favourite tv shows to binge watch. As Christmas is coming one of the things on my wish list is the new Panasonic HDR 4K TV. I’ve been after a new TV for ages. We still have Scott’s TV from his bedroom from when he lived at home! This is a sponsored post from Panasonic, but it is a great TV and I wouldn’t mind that under the tree on the 25th December.

I’ve always preferred boxsets over films, it lasts longer and you can get more invested in the characters story. Netflix is perfect for a boxset binger like myself.

Riverdale is my current favourite boxset, I’ve caught up so I’m having to wait each week for the next episode to come out, which can be annoying but it gives me something to look forward to on Thursdays. I think it is amazingly set out, has a thrilling and enticing storyline, I will certainly be rewatching the whole series soon too. It’s about a town with a north side which tends to be the privileged part of the town and the south side which is full of crime, drugs and a biker gang.

I’ve actually not watched any of this yet, it is very much on my must watch list. Everyone seem obsessed with it. From what I can gather its a Sci-Fi thriller series. Keeps you invested and on the edge of your seats. I’ve also read it has a supernatural element to the storyline. I’m all about supernatural, it is definitely my jam. Scott is very excited about watching it too so we need to give ourselves time to watch it. It will be one of those couple situations where you can’t watch it without the other. Bring it on!

As I mentioned, supernatural is my jam. The Originals in my opinion is a better Vampire Diaries. It’s a spin off from Vampire Diaries but focuses solely on the original vampire family. The oldest, strongest and most argumentative supernatural family I have seen. It covers a power struggle between old friends, the birth of a miracle baby who everyone is out to get and so many plot twists you wouldn’t believe. Netflix recently released series four, which I haven’t seen. So, I have decided I will rewatch the whole series and then watch four, so it has a good flow.

Vampires, werewolves and witches are all battling to basically ‘run’ New Orleans. They all have secrets, different strengths and will all take victory or defeat throughout the show. One of my favourite shows and Elijah is my favourite vampire.

This is for the nerd in me, I love science. One of my biggest regrets in school was not following my love for that and choosing the extra sciences for my GCSE. Oh well, we live and learn, my life is still pretty great and I always try to remain positive. If you don’t know what the Big Bang Theory is then where have you been!? There is a group of friends (massive nerds) who are scientists at a university and love comics, star wars and dungeons and dragons.

Across the hall a hot young blonde girl moves in and takes Leonards fancy. It’s a very much will they won’t they but in the end they obviously will! My favourite character in this is Sheldon, he is very naive and seems to be very socially awkward and likes things a certain way. I have similar traits in a sense. Don’t get my wrong, my bedroom looks like a bombs hit it but certain things have to be a certain way. Its a funny amazing show to watch and I highly recommend it. They have just brought out season 11 which I will be watching this winter.

What is your favourite shows at the moment? Have you got anything good you will be watching this winter? Let me know in the comments below.