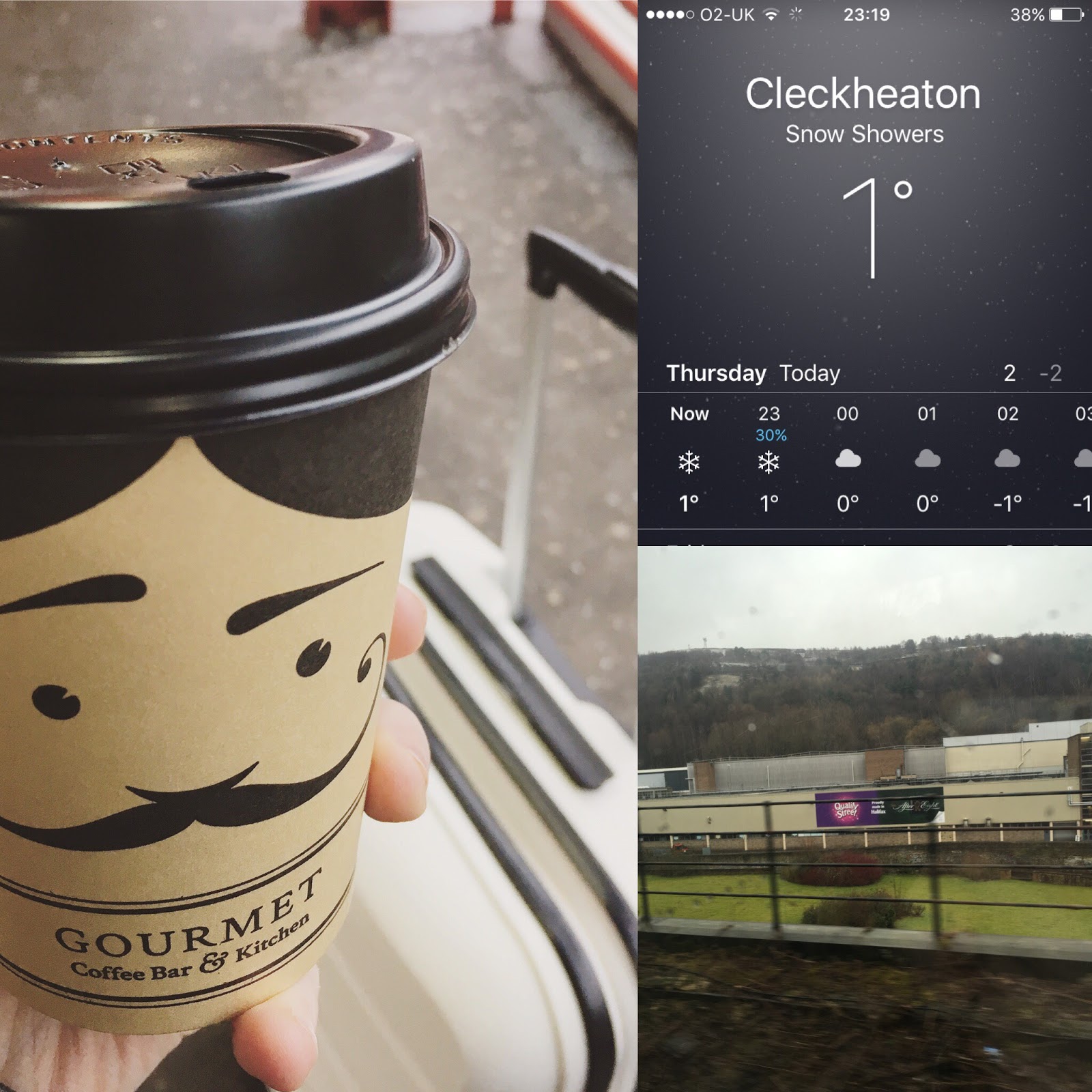 Sunday again, they are my favourite normally for being so relaxed and having lazy days. I mean, thats what Sundays are all about right? Today has been a lot busier and stressful than I would of expected. I’ve been up in Cleckheaton visiting family for the last 6 days. I love visiting my family and I don’t really get to see them that often so it’s good spending quality time with them.

I have been travelling back today on my own for a 4 hour train journey. The first train was super easy just a quiet train, relaxed with spotify and candy crush. However, there was an issue apparently at Manchester Victoria I think something quite bad had happened with someone fell/jumped on the tracks. Not good indeed. So I had to get the tram to Manchester Piccadilly, now I’ve never been on a tram before it’s a lot like the tube in london I think but not underground aha. The staff at the Manchester Victoria station were so so, when I asked one of them what I needed to to, the just pointed towards greggs and went go that way you need the metrolink, I had no idea what this was so I just toddled over and hoped for the best. The next guy was a lot more helpful, explained what happened and exactly what I needed to do.

Anyway I still didn’t really have an idea of where I was going, got on the tram, missed my stop and then the anxiety kicked in. I thought I was going to be wondering around some city that I’d never been to before like a lost puppy trying to find it’s mummy. I called the other half to calm me down and he did, such a good egg.

Thank god for technology, I managed to use google maps and also helpful people to direct me back to the correct tram line. It makes you really appreciate that people can still be approachable and help you out if you are in need. I would always try and help people if I can. Being in a strange city with no idea where you are can be quite daunting. So my lesson of the week would be to always be helpful and approachable if you can, you have no idea what people are going through.

Apart from my hectic train journey I had a really good week, spent some quality time with my family, had a Indian takeaway which I haven’t had in forever! It was so nice, Although it was nice seeing the family and catching up I really missed Scott, we haven’t actually been away from each other for that amount of time, it was super odd sleeping alone.

Now i’m just sitting on the last train on the way home bashing out this post so I can have date night when I get home, uninterrupted! How has your week been guys? Let me know in the comments below.