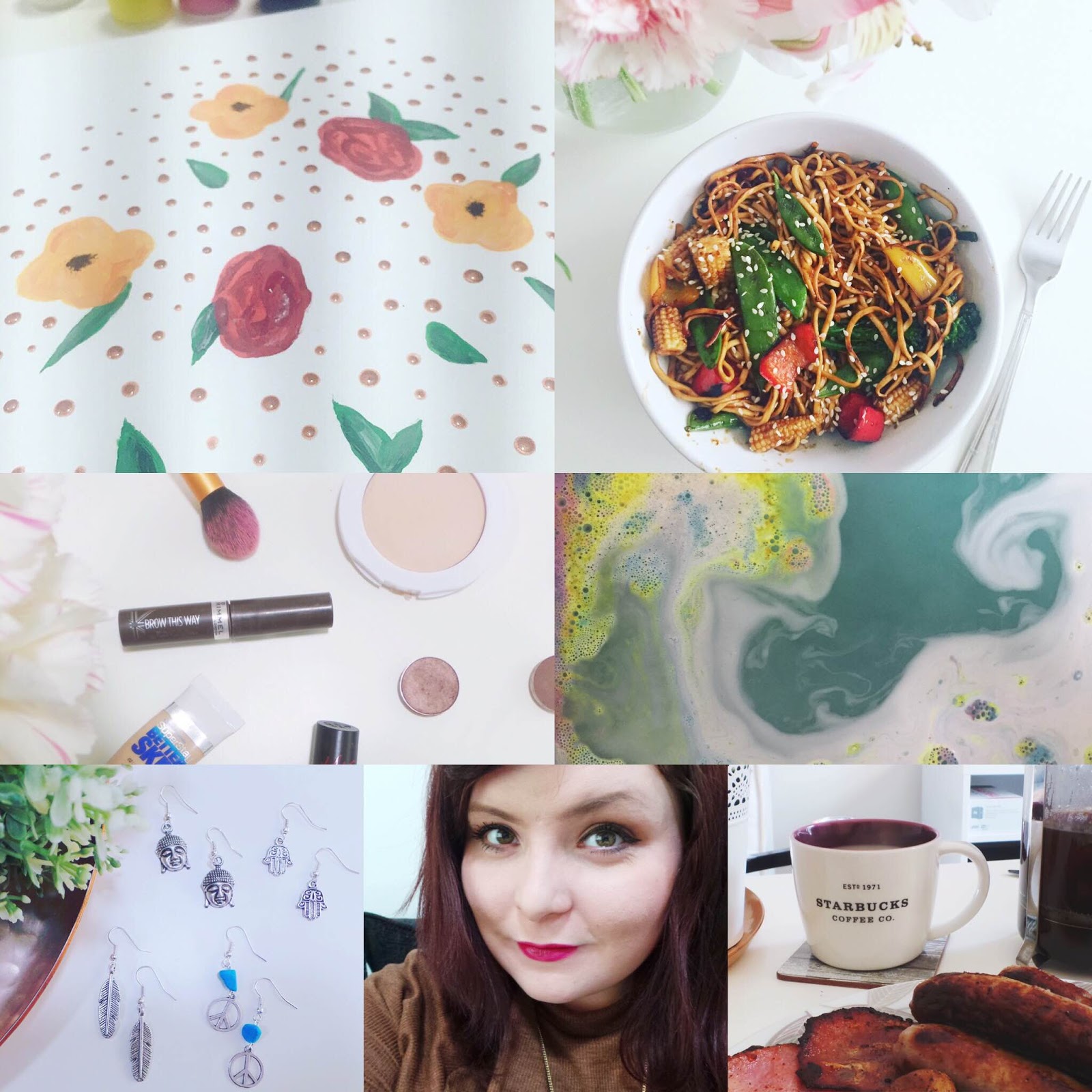 This week has been really relaxed and something I’ve really needed. Moving house stressed me out so much and started up my anxiety attacks again. They have started to settle and I’m feeling more at home now. I have 2 more boxes to sort out and then I’m finished! Woo. Moving house has been so much work but so worth it, living with my boyfriend is so nice and I feel like I have freedom and independance.

I’ve had the week off work so I managed to get a lot of house stuff done and started some prep for my online store to launch in the next month or two. I’ve been doing some designs for pocket mirror and will venture onto phone cases eventually. I’ve also been doing some jewellery. I made jewellery before on an online shop I had, which I loved doing.

So, I felt like I wanted to start it up again. It will be called deebee. You can find the pages on instagram and twitter under @shopdeebee and on facebook at facebook.com/shopdeebee. Go and have a like and give it some love.

I’m so glad I’m starting to feel better now and getting back into blogging. I missed it loads and have already done 5 posts this week, on a roll! Like a sushi roll, but less tasty.

How has your week been?