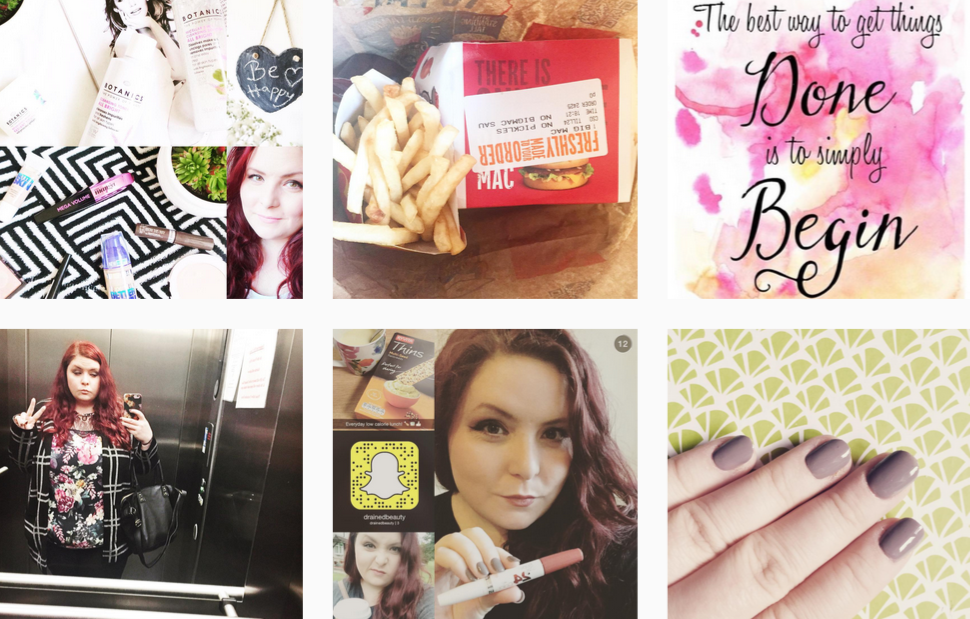 Despite going to work, this week has been awesome. It was pay day on Friday, although most of my money is going into savings for holiday and things happening towards the end of the year, it’s nice to have some pennies. I’ve been blogging quite a lot and trying to get into writing more for the Coventry Telegraph as well. This is mainly because I got accepted on to an English Literature and Creative Writing degree with Open University so I’m super excited to start that. I start in February and will be reading loads in the run up to it, any recommendation on your favourite books?

I will also be entering a competition to script my own ending to my favourite film, which can be good practise for my writing. The prize is £2000, which is an added bonus but I’m not expecting to win. You can read more about it and enter here.

I’ve signed up to Snapchat this week to, it’s hard to get used to, but I’m getting the hang of it. You can follow me under ‘drainedbeauty’. I’m following everyone back at the moment too, as I’m such a newbie. Loving Jim Chapman and Tanya Burrs snaps of their new puppy, I want one so much! Also with new things this week I tried my first ever big mac and my it was yummy. I’ve been really healthy and active lately so I don’t feel guilty for having a cheat meal. I’m proud of how I’m doing 🙂

The best aspect of this week was spending lots of time with Scott. I stayed at his for about 4 nights and we’ve chilled loads and watched netflix. Also went to see the new Ant-Man film. It was a lot better than I thought and they did good choosing Paul Rudd. He’s hilarious in everything.

How was your week? Let me know in the comments below.