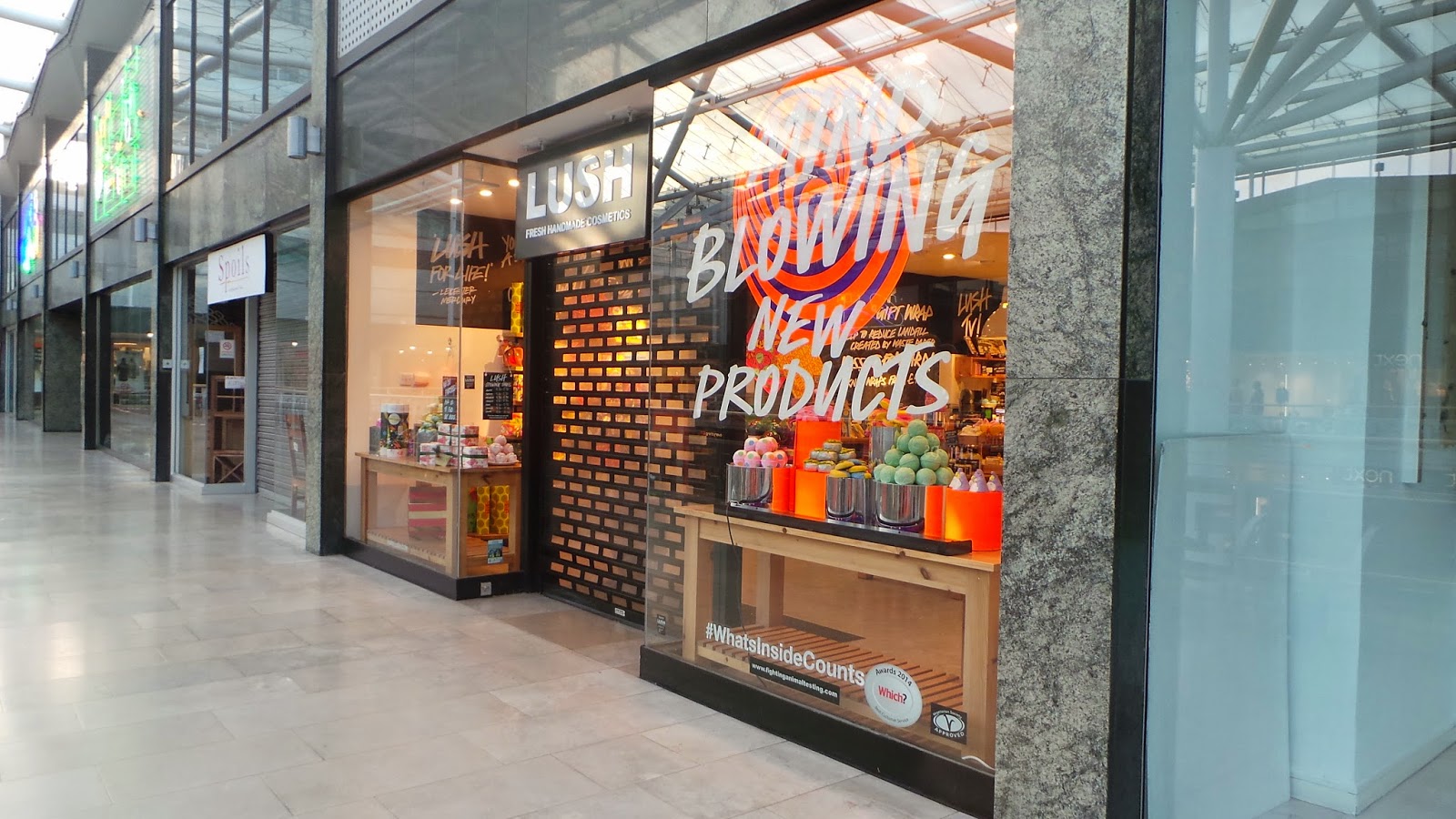 I was lucky enough to go to the blogger event at Lush last night, it was such a fun night and I am now obsessed with their new Christmas range. There are a lot of comebacks, which are favourites of mine. Some have come back with a twist and there are some amazing completely new ones. I am looking forward to Golden Wonder, I know it was out last year, but I never got around to trying it and have been told by many people, it is there fave, so how could I say no. 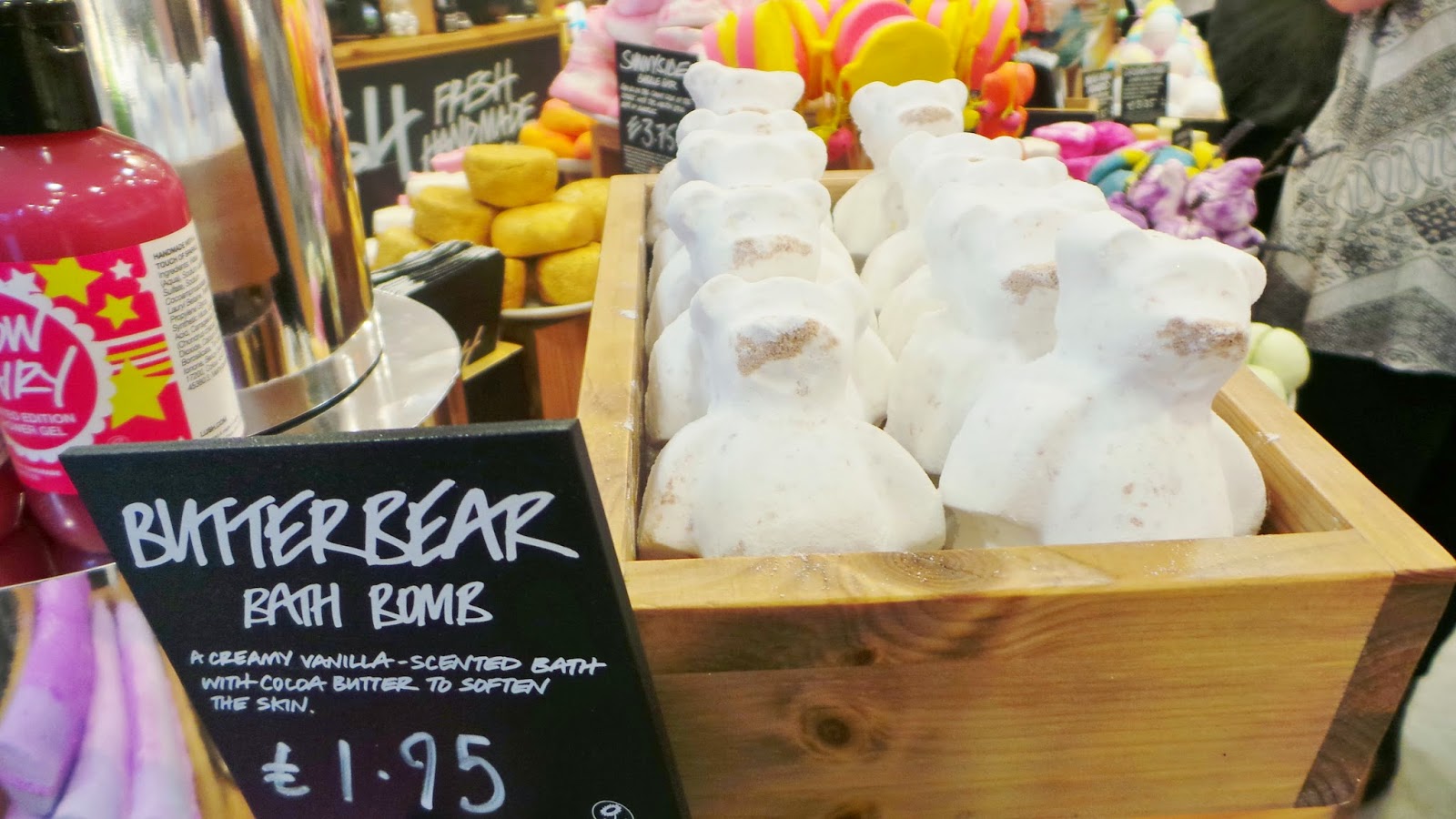 Another little cutie that has been introduced this year, is the butter bear, he smells a lot like the butter ball, but not as sweet and only £1.95 (bargain). 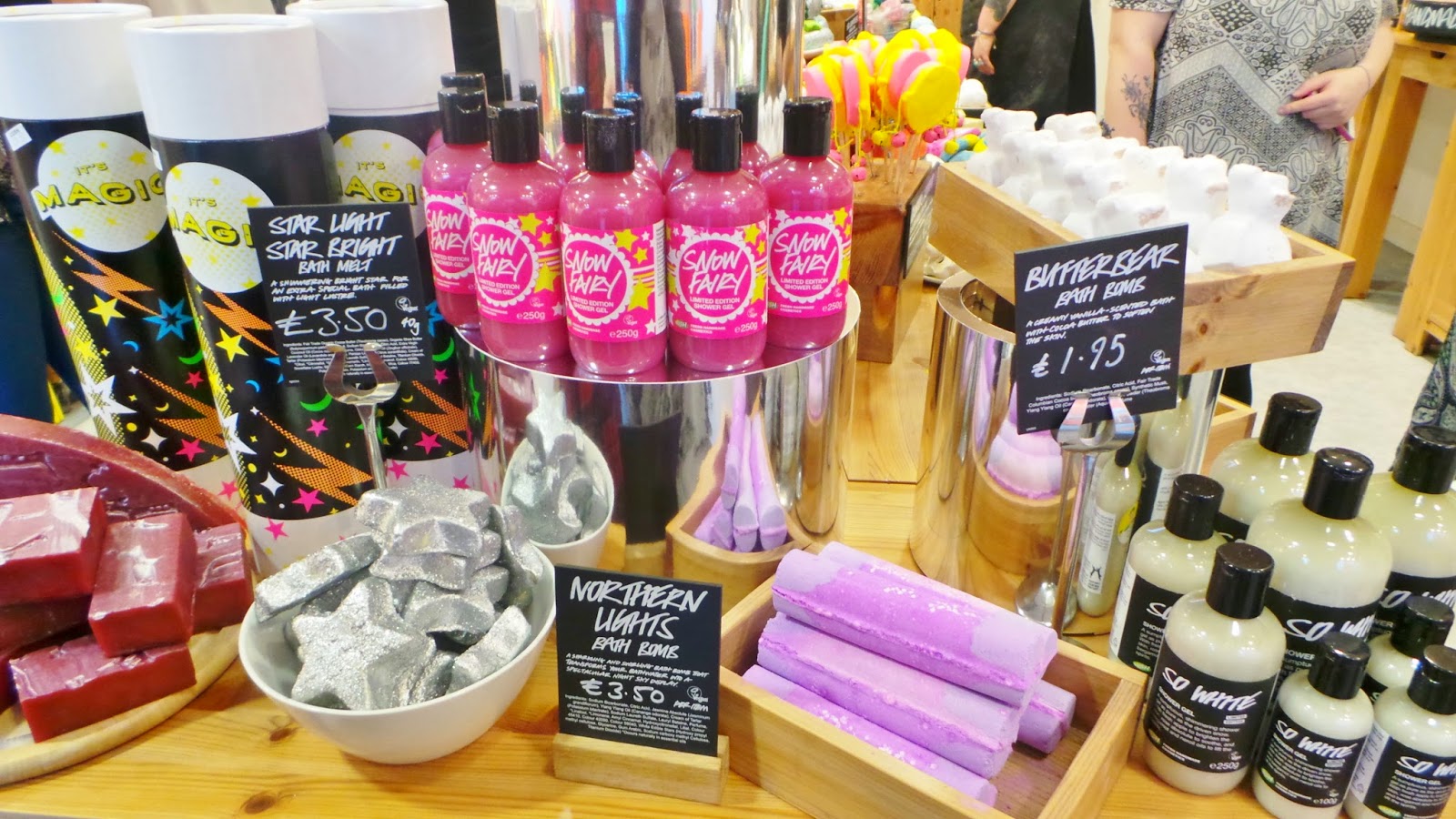 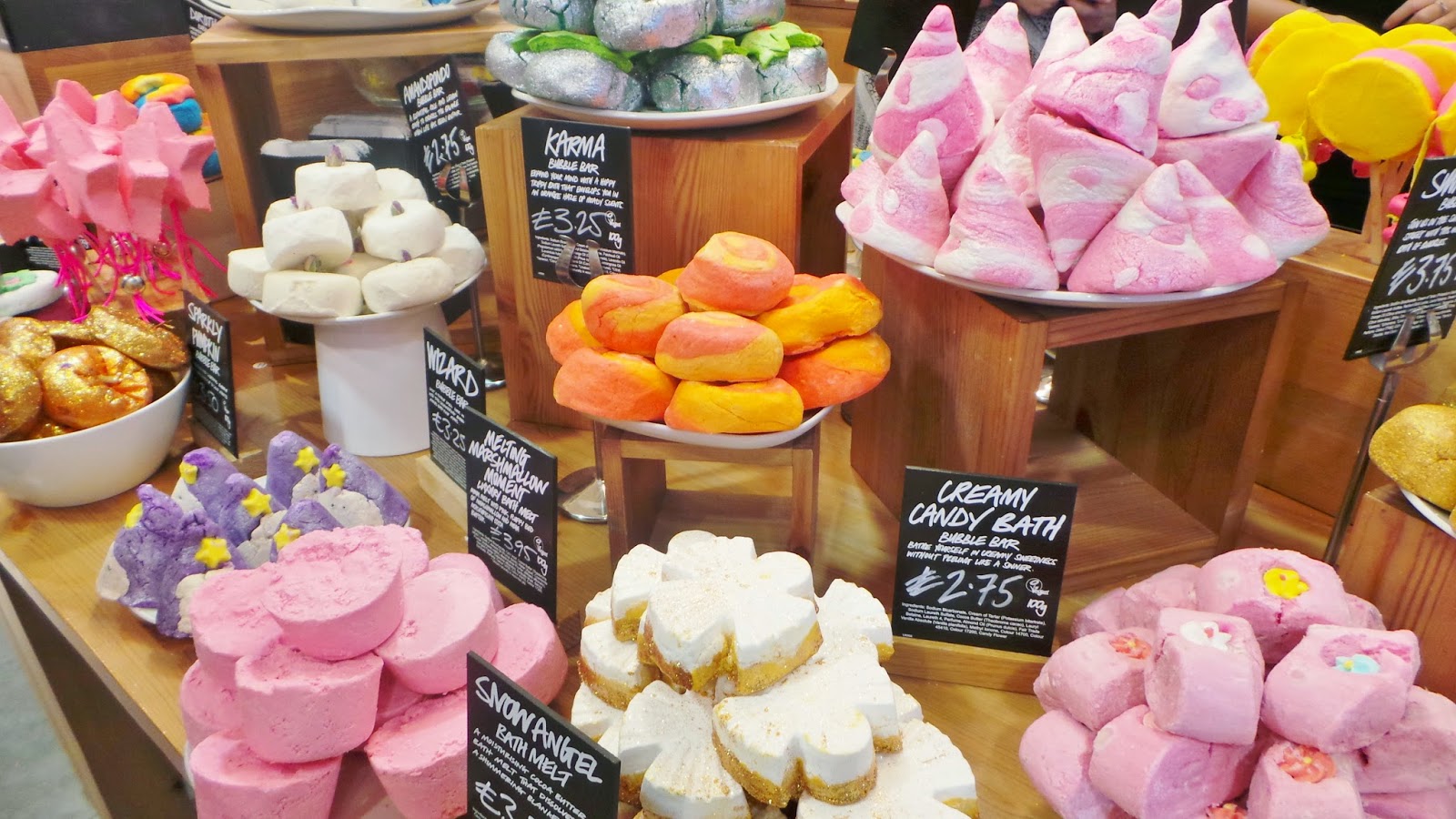 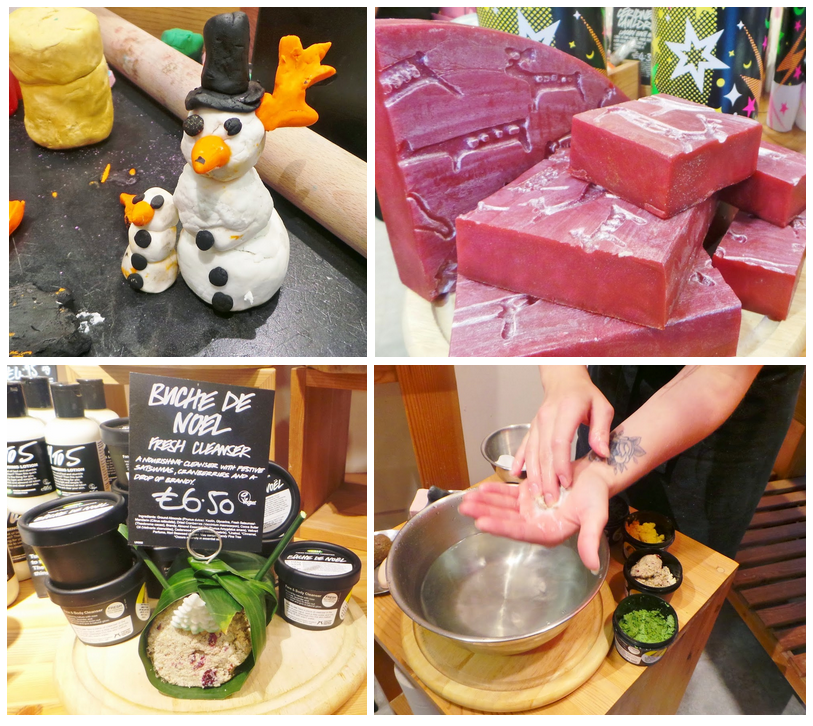 This cute little snowman, is made from fun, we all know the fun from lush, this is a new Christmas one, you get some white, orange and black to make your own snow man, such a clever idea! This Buche De Noel cleanser is literally a overnight favourite of mine, It was demonstrated and sampled on my hand, I could feel a such difference between the hand that had the cleanser and the hand without it, the ex-foliation in the cleanser is from almonds, so it is all natural an with the cranberries in there too, your face will smell like a cherry bakewell, who wouldn’t want that? 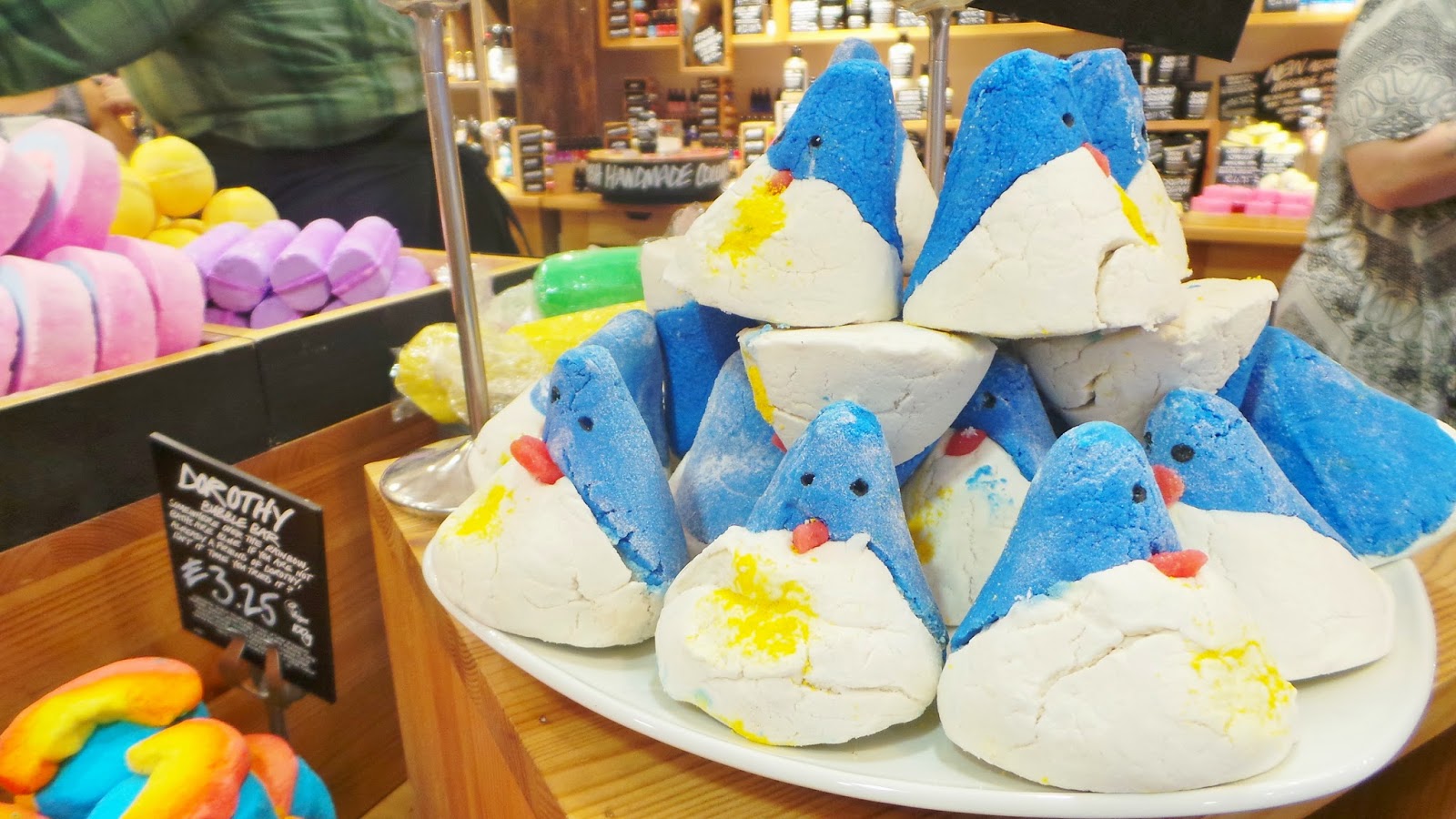 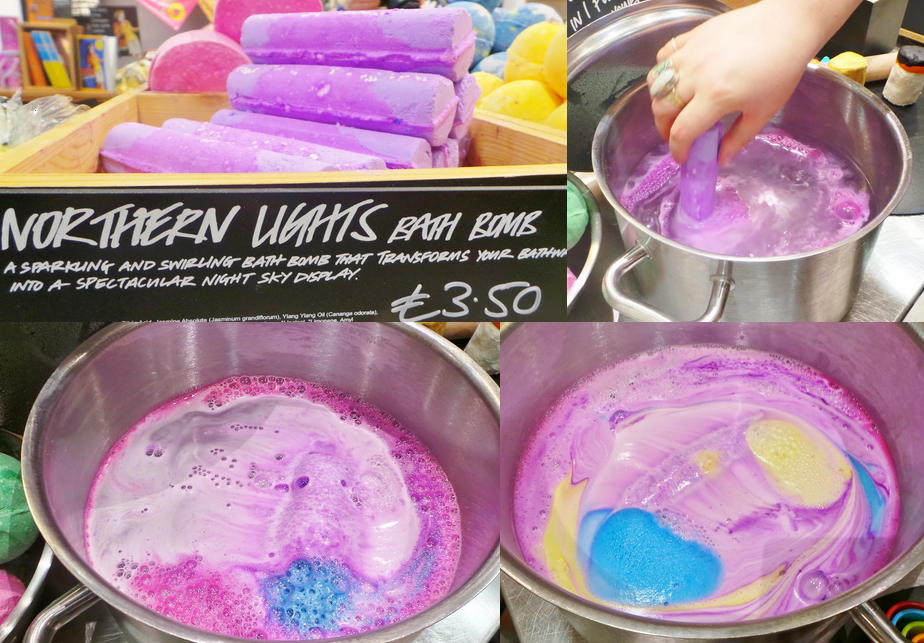 One of the ones that stood out to me was Northern Lights, they did a little demonstration to see all the amazing colours and fizziness you get from it, they chose the colours to reflect the northern lights and this will 100% be the first bath bomb I try. 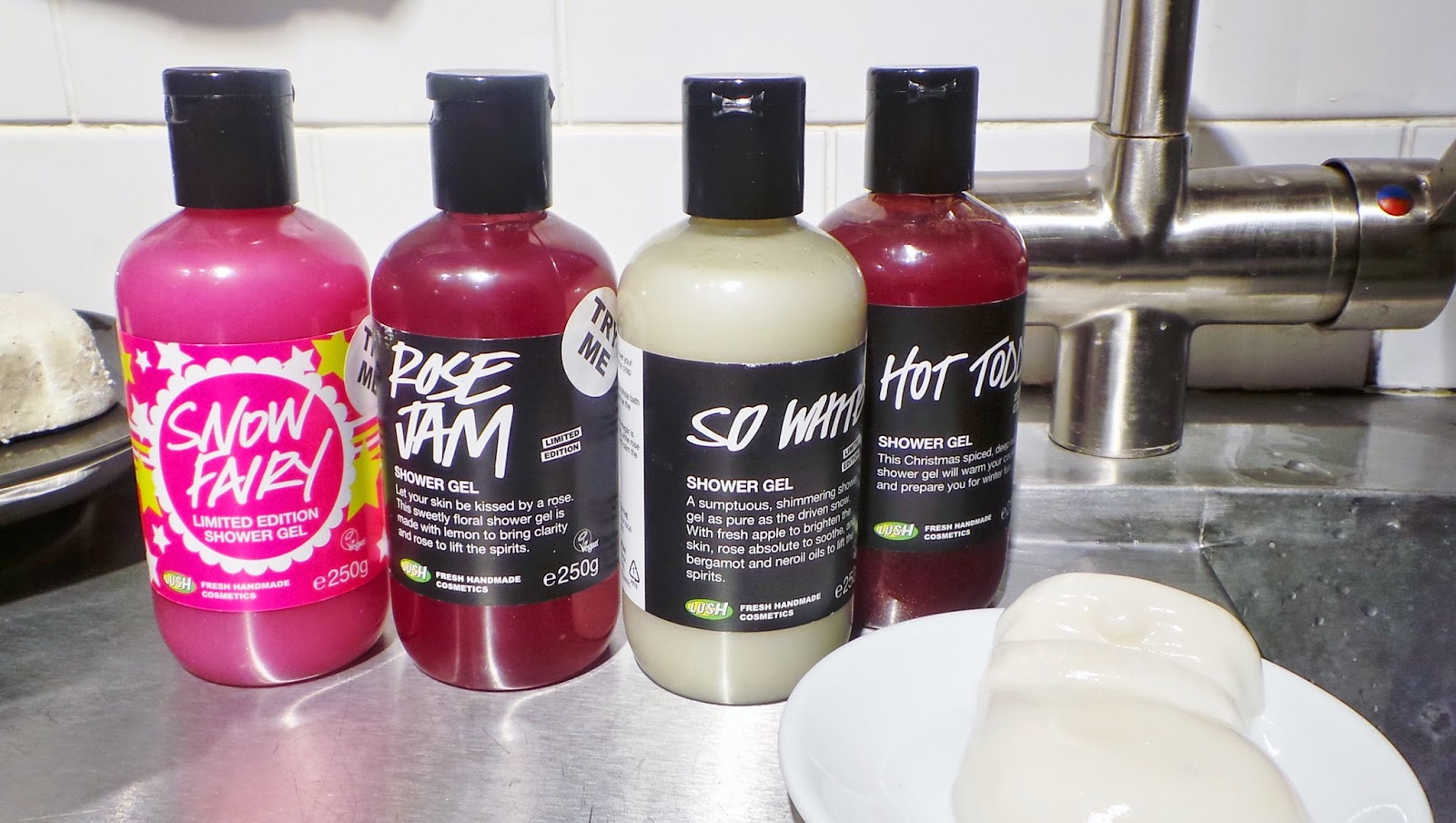 As I am unlucky I only have a shower at home, so have all my baths at my boyfriends, they have some shower gels, old and new. The one I am obsessed with was Hot Toddy, it was all of my favourite scents in one and also my favourite Christmas scents.  It’s like cinnamon, orange and spicy scent, oh my its amazing, you all need to go have a whiff. I forgot to pick it up, silly me, so to my surprise it was included as a little freebie from the event along with the Santa lip scrub and Holly bubble bar. 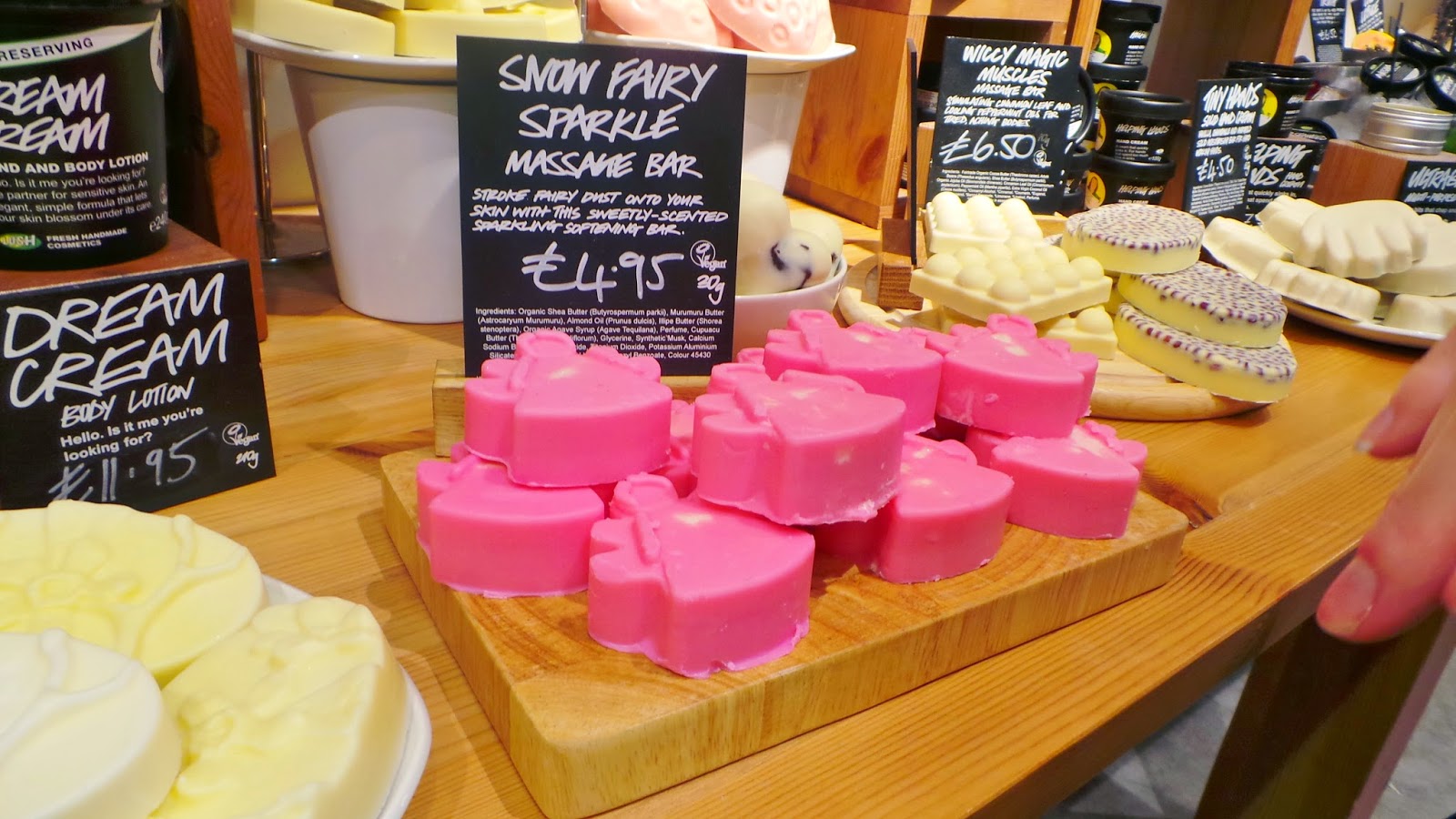 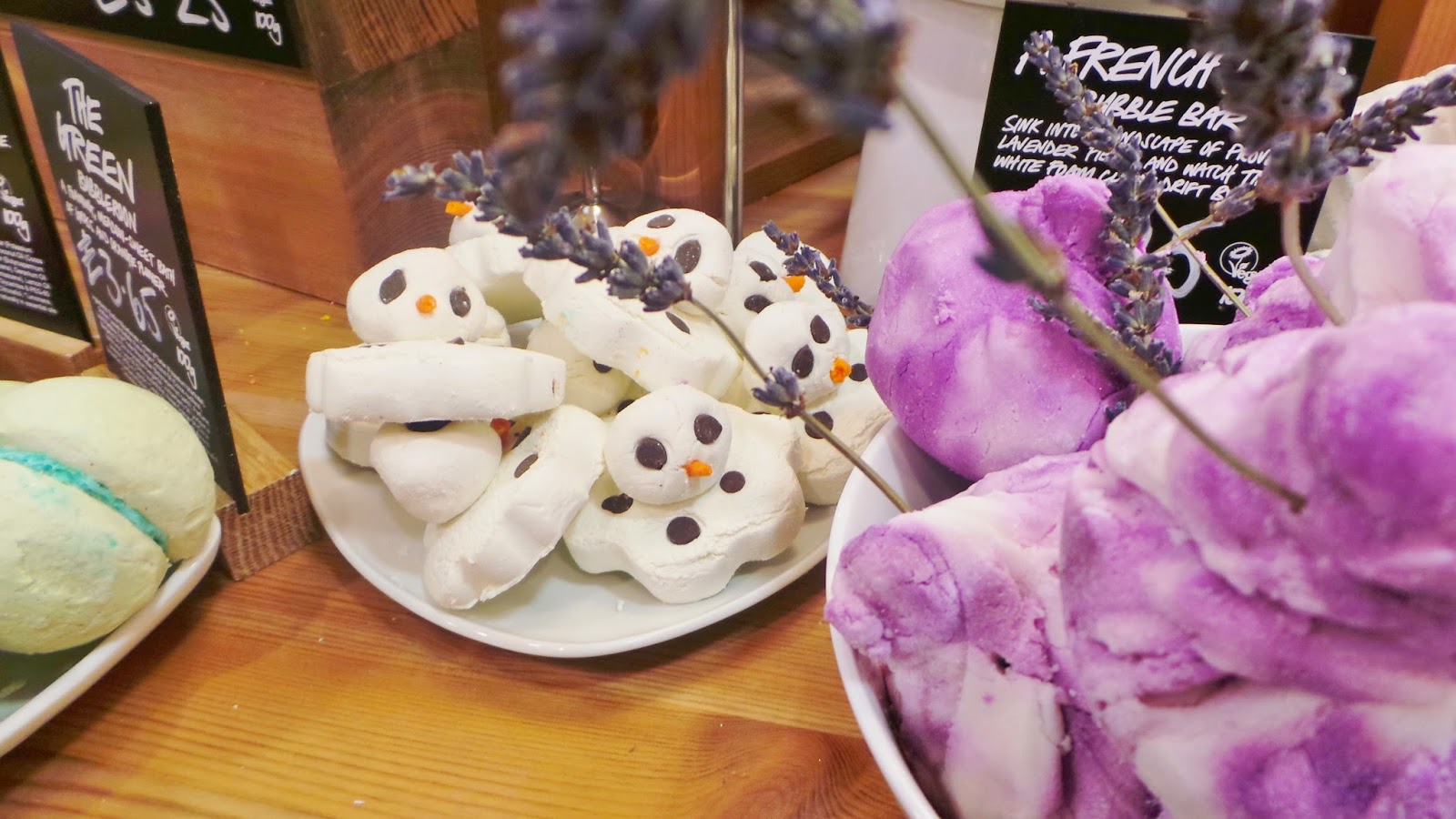 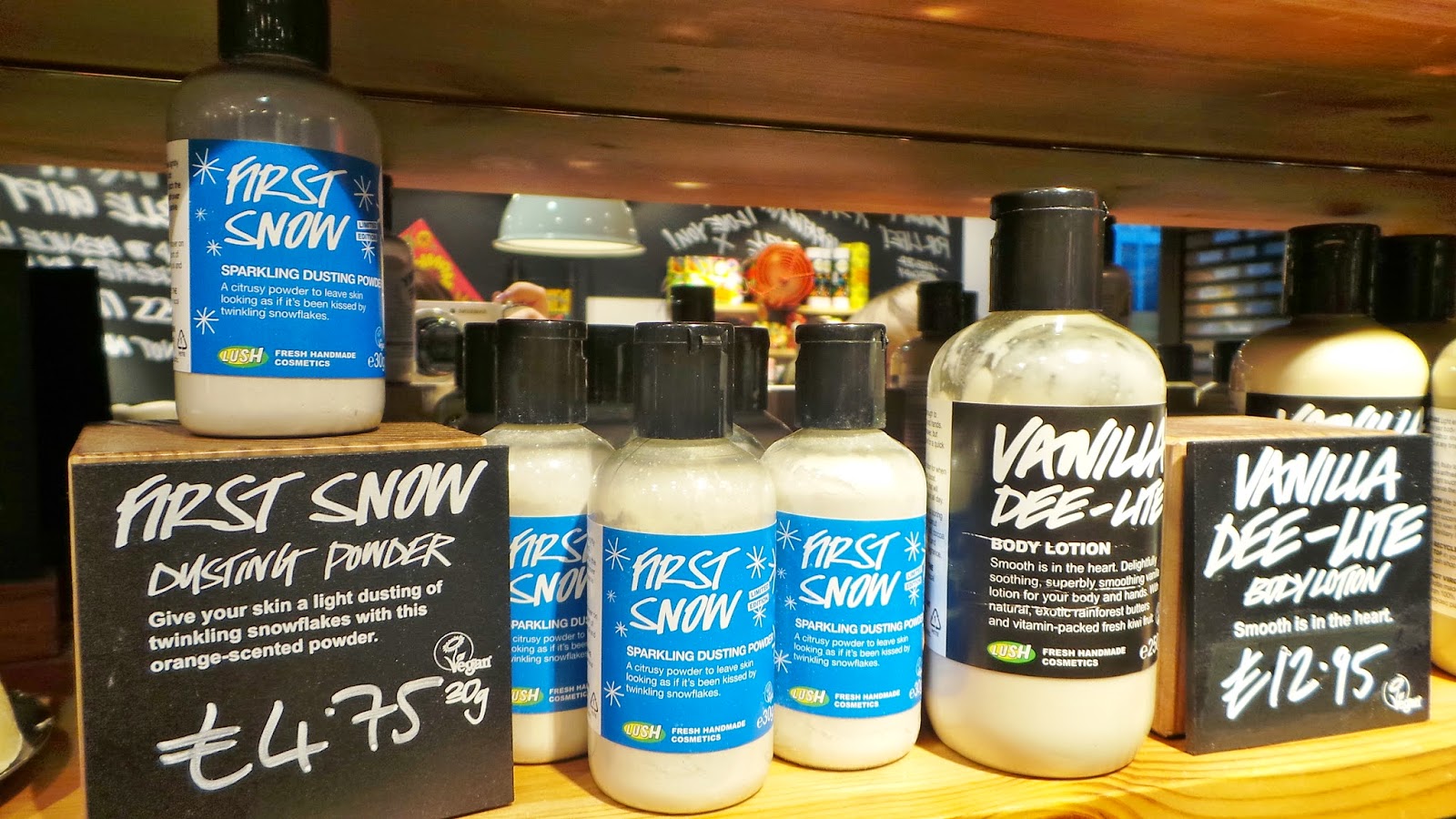 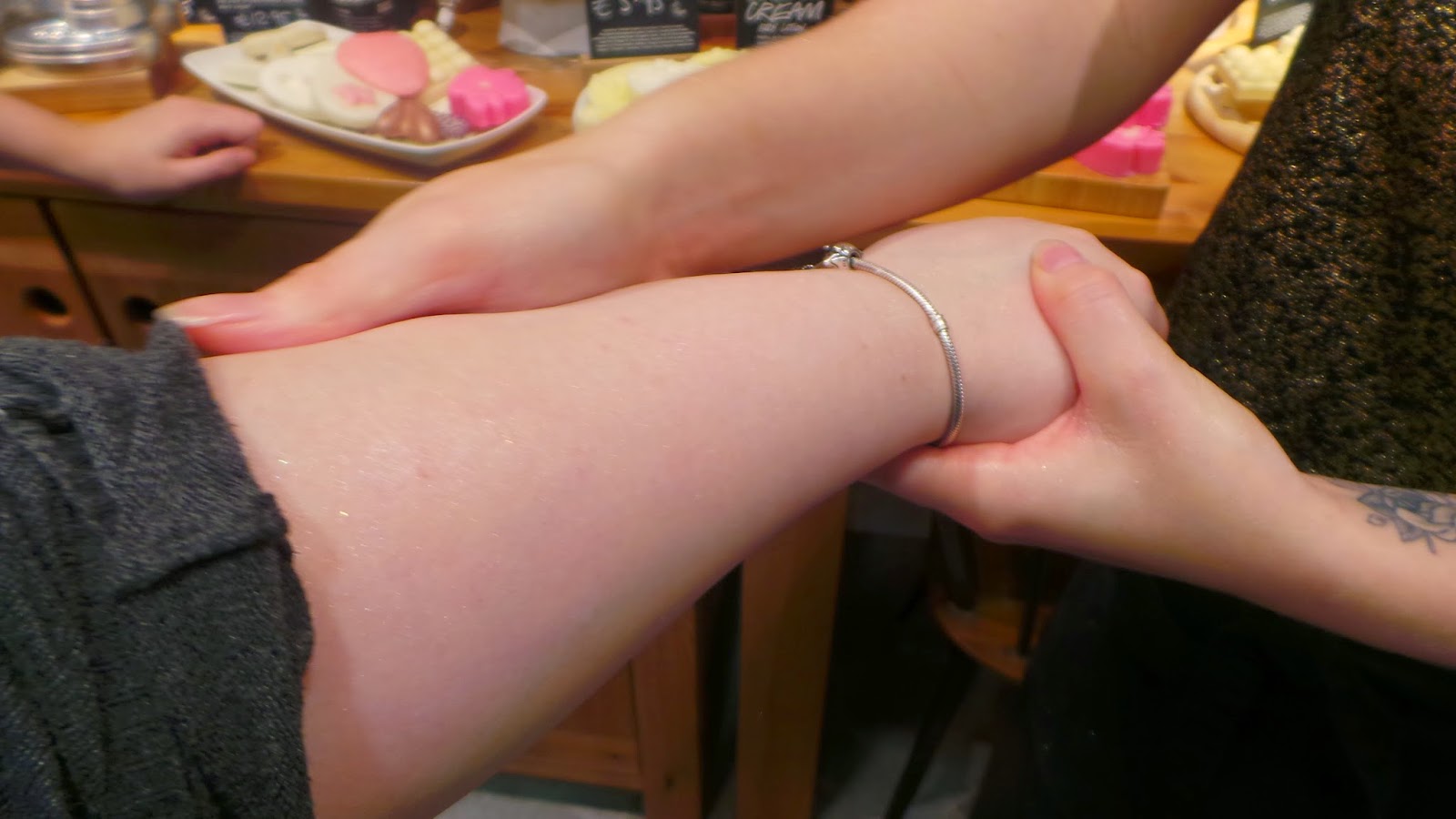 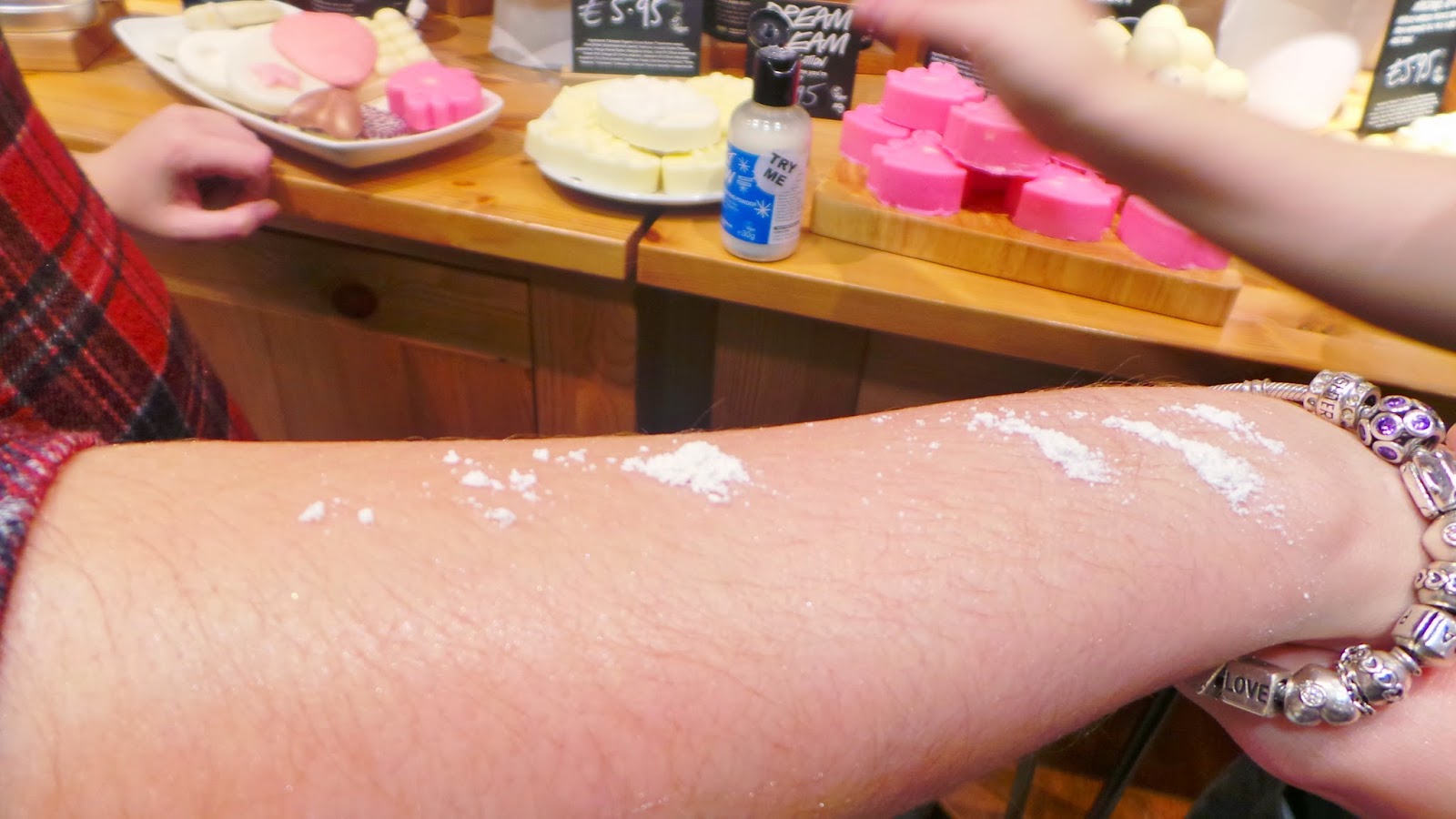 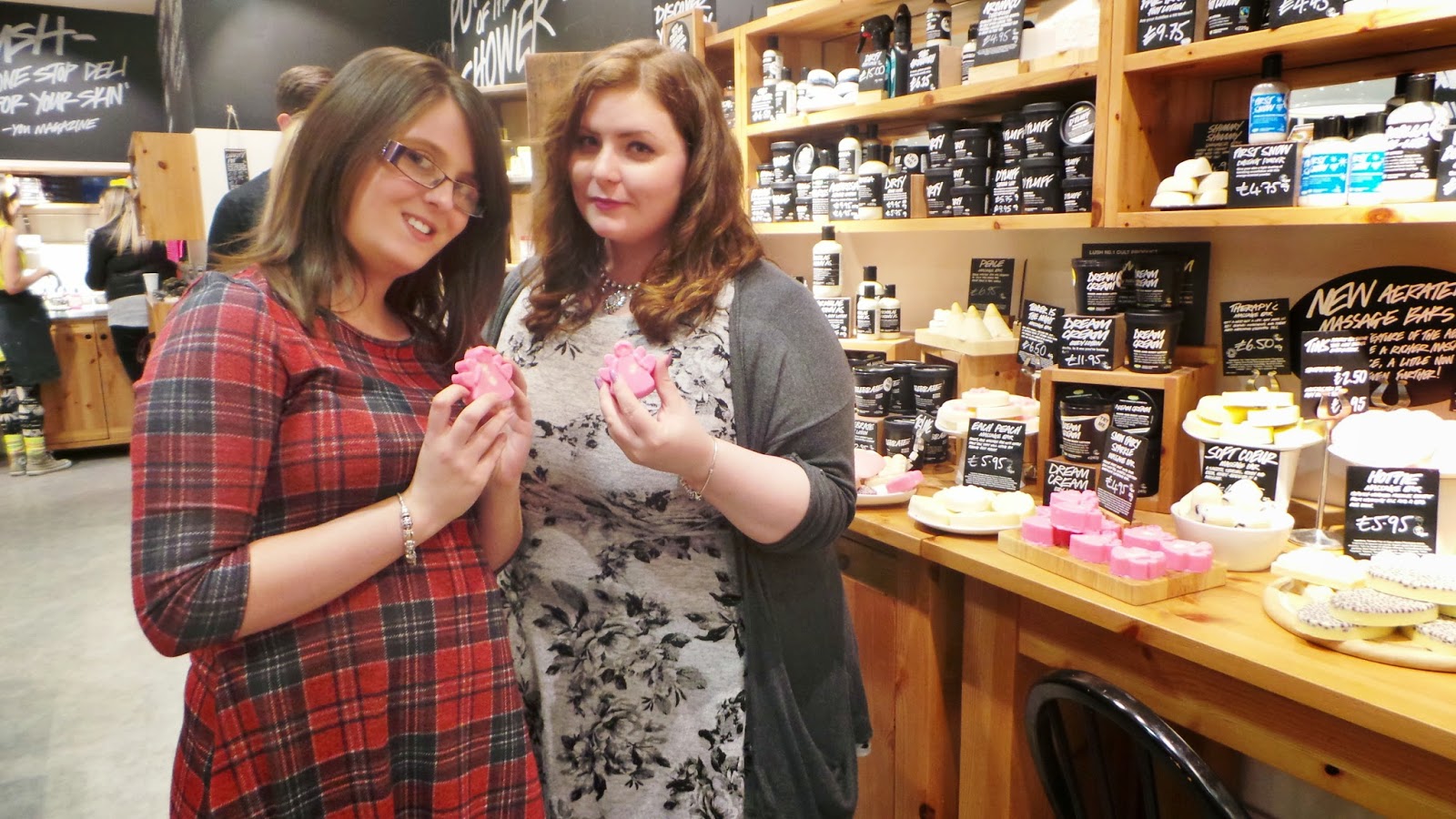 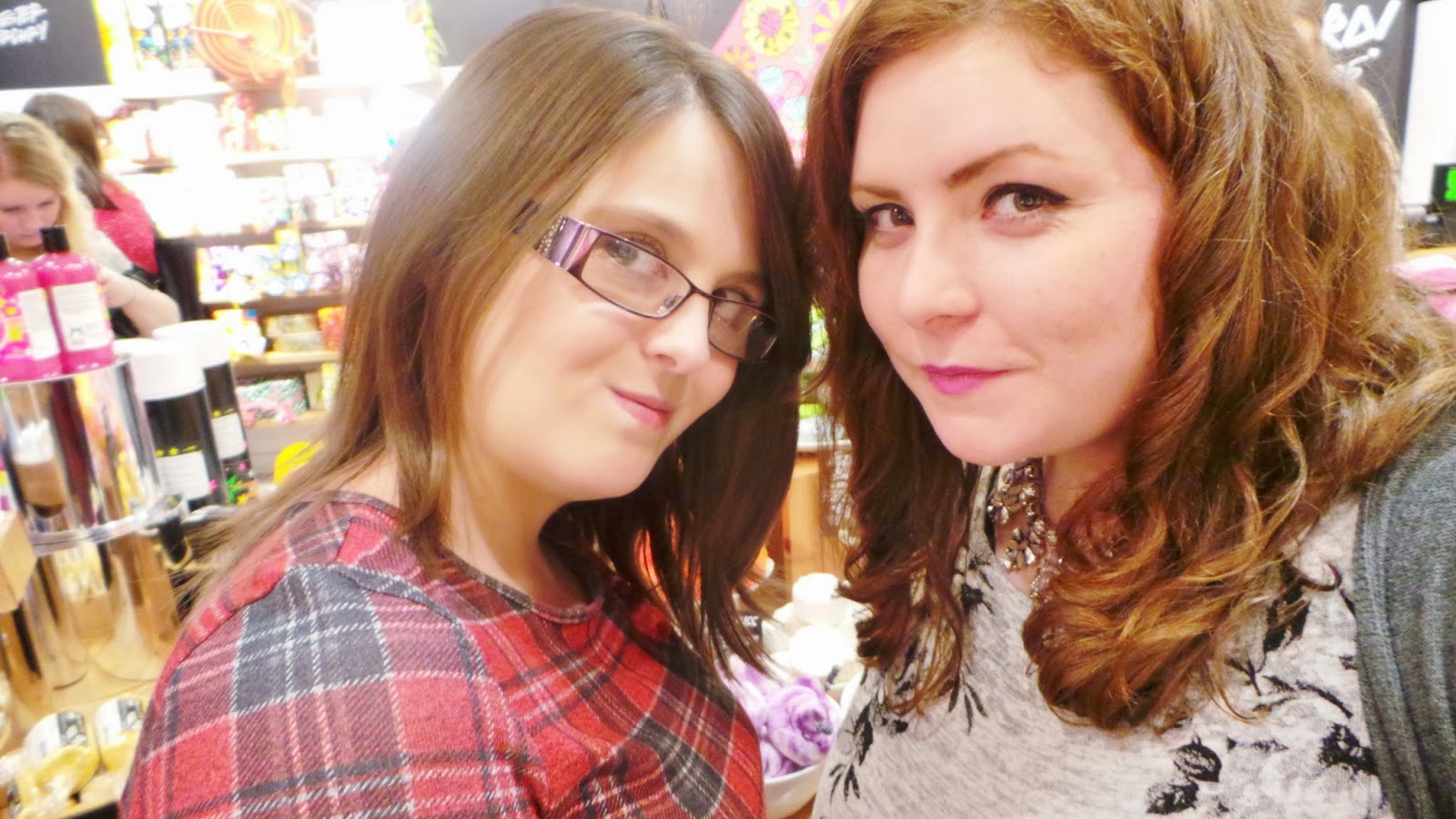 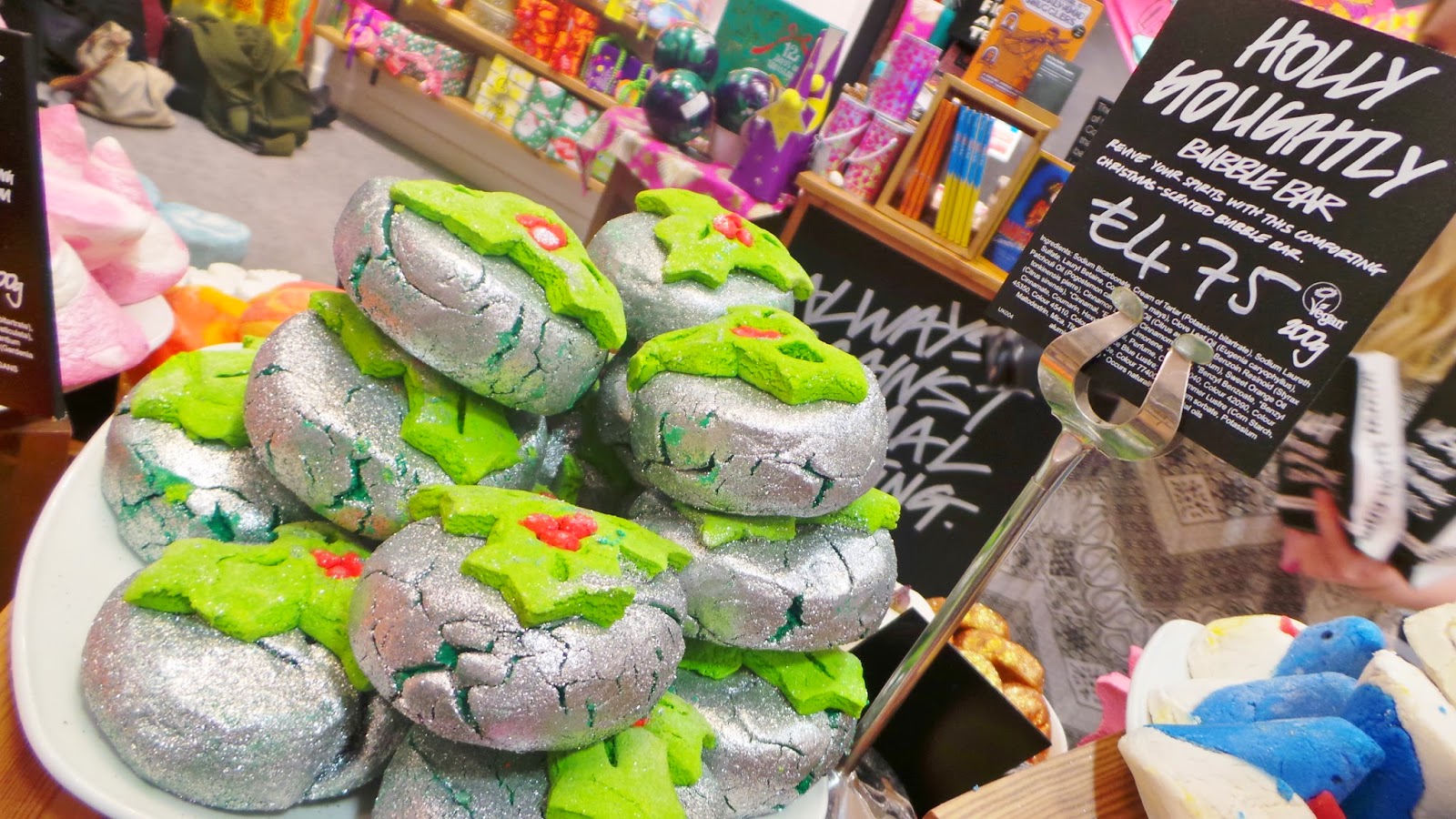 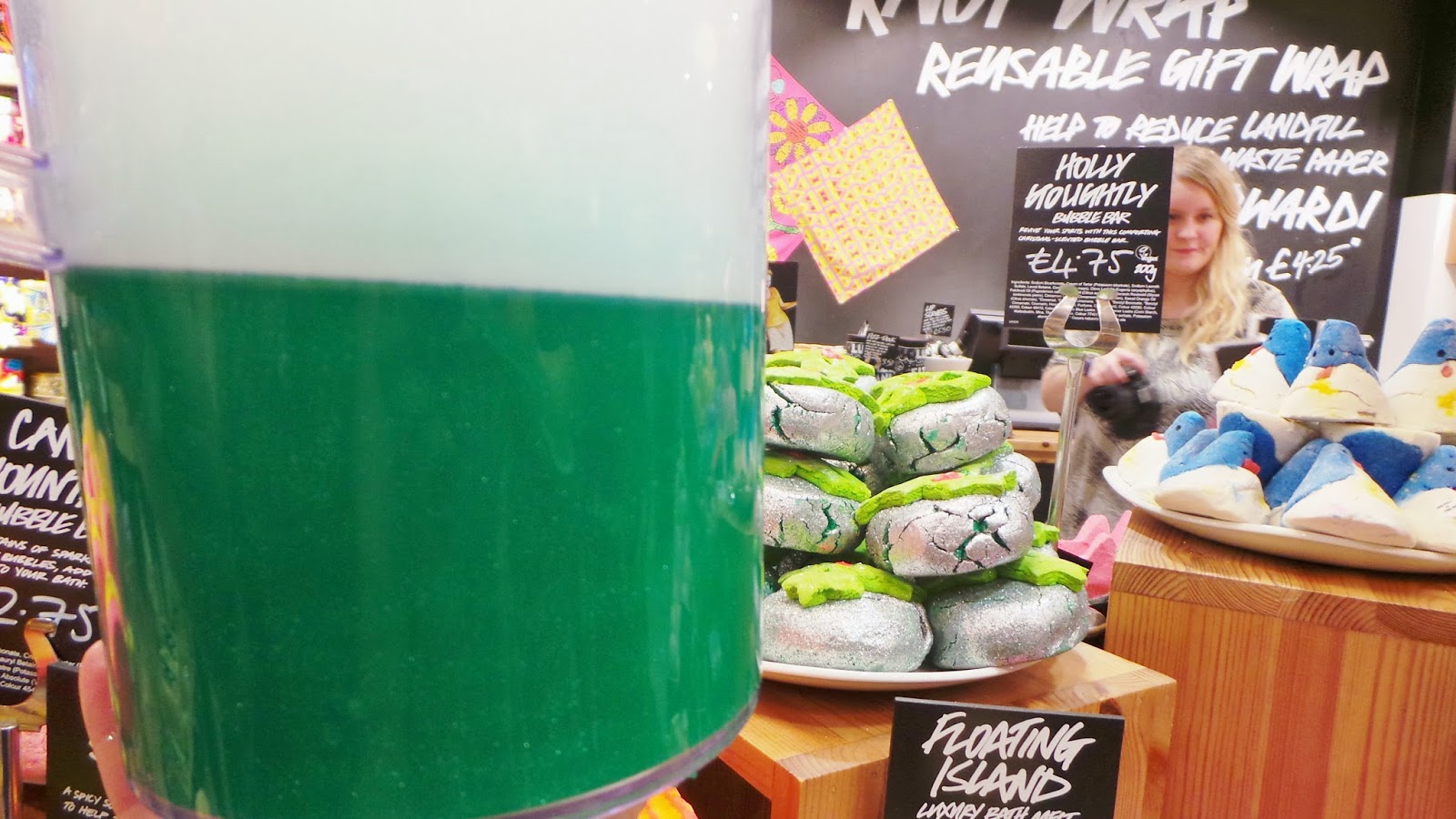 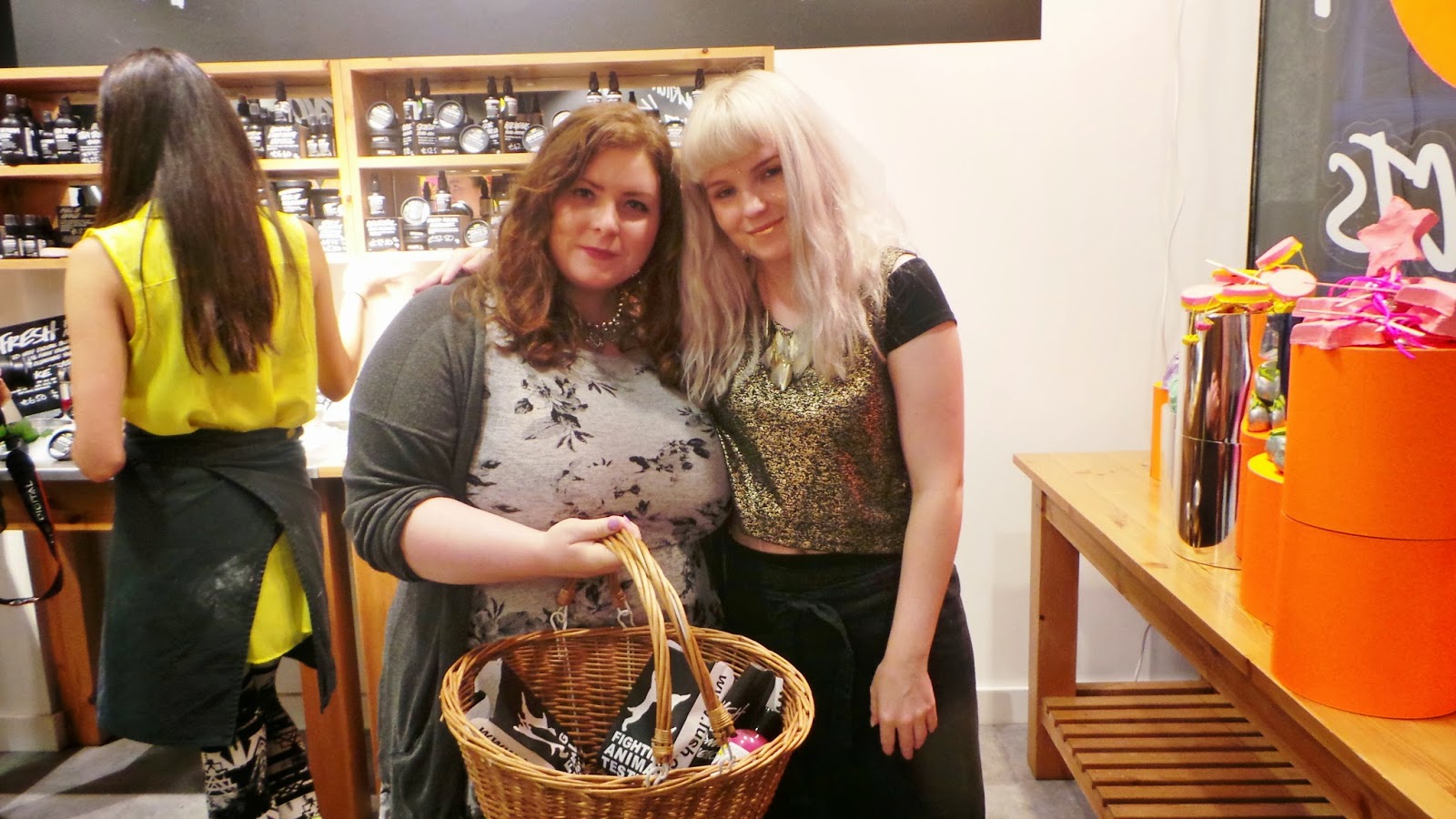 I got to meet some other bloggers which was so nice, seen as I didn’t know we had any near Coventry. Also a massive thumbs up to Katie (I think that was her name) in the bottom picture, she was so helpful and lovely. Also gave me like a little hand massage when I was sampling the products and having a little pamper, it was so relaxing! You all need to go and check out the new Christmas range!

Have you tried anything from the Christmas range yet?